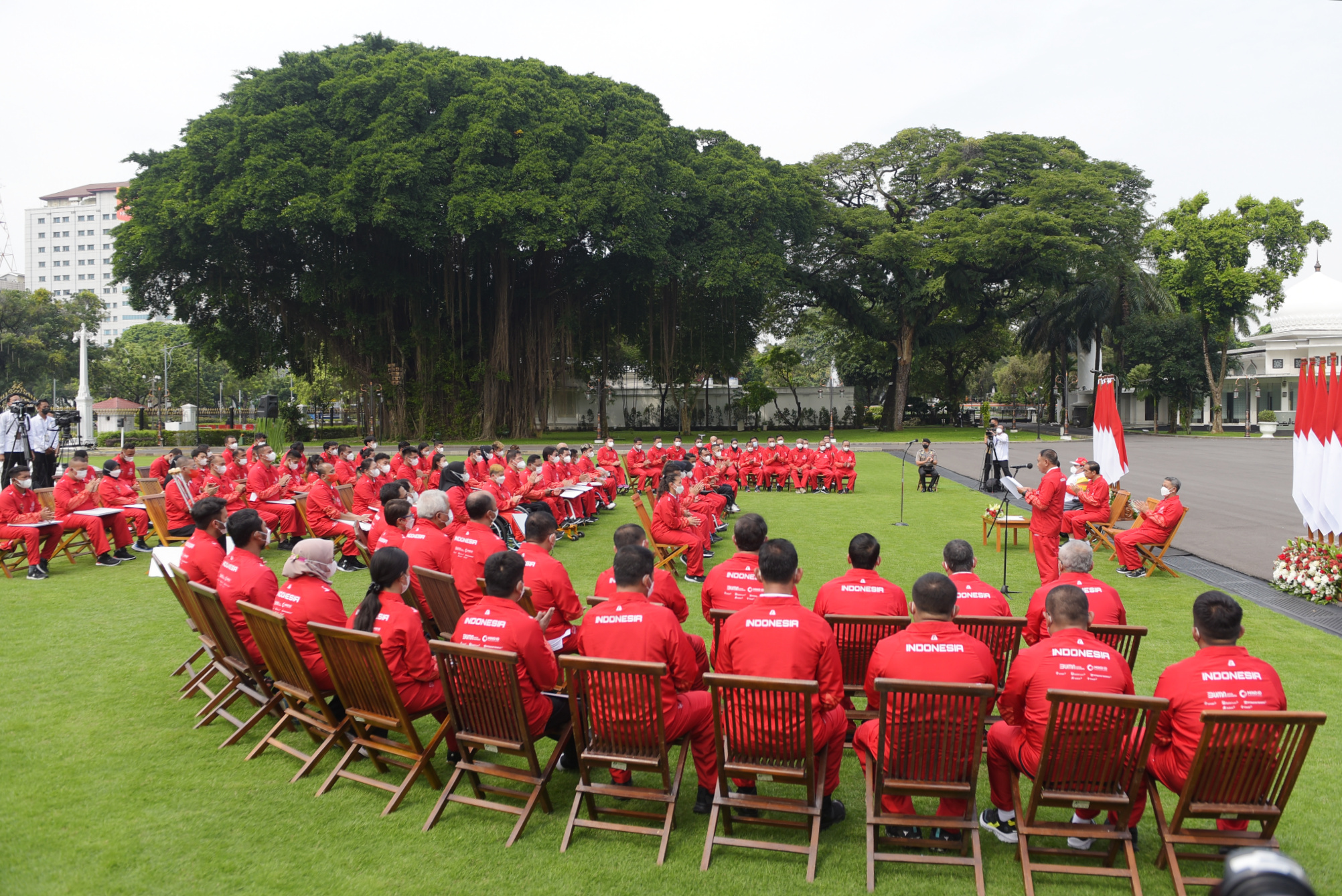 President Jokowi accompanied by Minister of Youth and Sports Zainudin Amali hands over bonuses to the athletes of the 2022 ASEAN Para Games at the Merdeka Palace in Jakarta, Monday (11/29). (Photo by: PR of Cabinet Secretariat/Agung).

Minister of Youth and Sports Zainudin Amali Monday (11/28) at the Merdeka Palace in Jakarta stated that Indonesia crowned the overall champion of the 11th ASEAN Para Games, while underscoring that during the event Indonesia also recorded four other achievements.

“We all know that the ASEAN Para Games has ended on last August and we were crowned the overall champion. There were four objectives we set as targets, alhamdullillah we could achieve all [what we have set],” Zainudin said.

The four successes of Indonesia during the 11th ASEAN Para Games were as follows:

Firstly, organizational success. Despite short preparation time since the appointment of Indonesia as the host country on last February, Indonesia was able to run the event successfully.

Secondly, successful athlete performance. With around 300 Indonesian para-athletes, Indonesia has successfully bagged 425 overall medals with 175 gold medals, 144 silver medals, and 16 bronze medals. The achievement was beyond the target of 100 medals overall.