Sri Mulyani: INA to be Managed with Good, Credible Governance 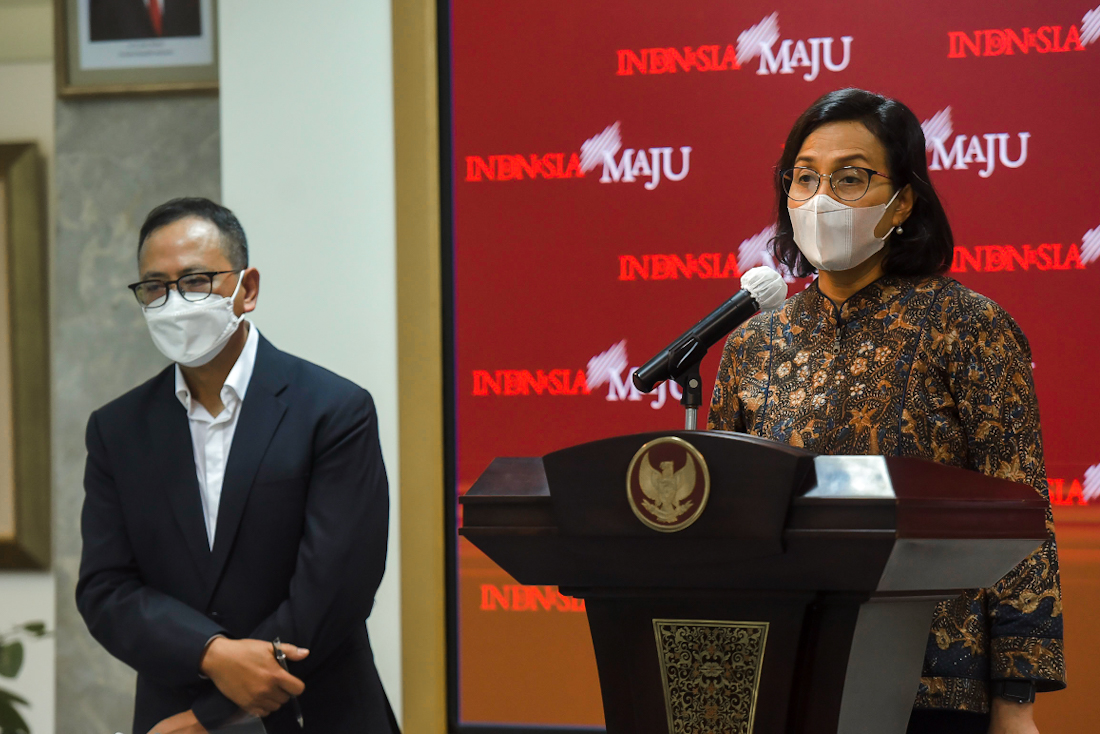 Minister of Finance Sri Mulyani as Chairperson of INA Board of Supervisors delivers a press statement at the Presidential Office, Jakarta, Tuesday (16/02). (Photo by: Public Relations of Cabinet Secretariat/Agung)

“Various governances will be built for this institution, namely various cues that must be implemented in carrying out the mandate of INA,” Sri Mulyani said in a press statement, at the Presidential Office, Jakarta, Tuesday (16/02).

The Minister said that in the recruitment of the Board of Supervisors, the Government chose promising talents with good reputations and professionalism in order to avoid risky governance.

The Board of Supervisors includes the Minister, Minister of State-Owned Enterprises Erick Thohir, as well as members from the professional element, namely Haryanto Sahari, Yozua Makes, and Darwin Cyril Noerhadi.

The five members of the Board have established several regulations as the initial basis for INA to run.

In addition, state equity participation has also been made for the initial capital of this institution. The Institution has received Rp15 trillion in 2020 and another Rp15 trillion this year.

Sri Mulyani said that Government Regulation Number 74 of 2020 on INA’s initial capital mandates that INA’s capital should reach Rp75 trillion by the end of 2021 gradually. INA will also receive Rp45 trillion in the form of share transfer this year.

The Minister also revealed the interest of several fund managers in the institution even before the formation of the INA Board of Directors. This indicates the huge potential of the institution. “I hope Ridha (Chairperson of INA) will follow up on these interests,” she said.

The Minister also affirmed that the key of INA is investments. “We don’t borrow the investors’ money but they invest it with us. This is a way for us not to be too dependent on leverage or loans,” she said. (FID/UN) (FI/LW)