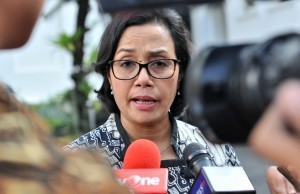 The recently concluded 2018 Asian Games, which ended on Sunday (2/9), was funded by the 2015-2018 State Budget amounting to a total Rp8.2 trillion, according to Minister of Finance Sri Mulyani.

The fund is managed by the INASGOC (Indonesian Asian Games 2018 Organizing Committee) and Ministry of Youth and Sports and used for the preparation and organizing the Games, the Minister said on her Facebook fan page.

As for the preparation/coaching of athletes in the 2015-2018 period, according to the Minister, the State Budget provided Rp2.1 trillion (including bonuses for athletes, coaches and officials).

Meanwhile, funds for for the construction project in Jakarta and Palembang is around Rp13.7 trillion and the amount had been prepared from 2015 until 2018, she added.

Sri Mulyani added that all facilities at Senayan-Jakarta and Jakabaring-Palembang sports area, including road infrastructures and the LRT could be beneficial for the public after the event, particularly for the next international sporting events.

Our people need public space to exercise and interact with each other so that they will be healthy both physically and mentally, productive, and in the end, will boost their creativity. And the Government will continue maintain these assets, the Minister continued.

As for the athletes, according to the Minister, they require a long time training both in Indonesia and abroad; thus, Sri Mulyani expressed hope the 2018 Asian Games will become a stepping stone for the 2020 Olympics.

Furthermore, the Minister expressed belief that the presence of 17,000 athletes and officials, 7,000 media crews and tens of thousands spectators from abroad also brought economic impacts in terms of tourism, culinary, accommodation and souvenirs. She also expressed her gratitude to the committees, athletes, officials, ministries, institutions, sponsors and all parties that were involved in organizing the Games.

Id like to give the highest appreciation for 15,000 people who volunteered at the event, she said, adding that all state expenditures and revenues related to the Asian Games will be managed professionally and accountably. (ES) (STU/EP/Naster)