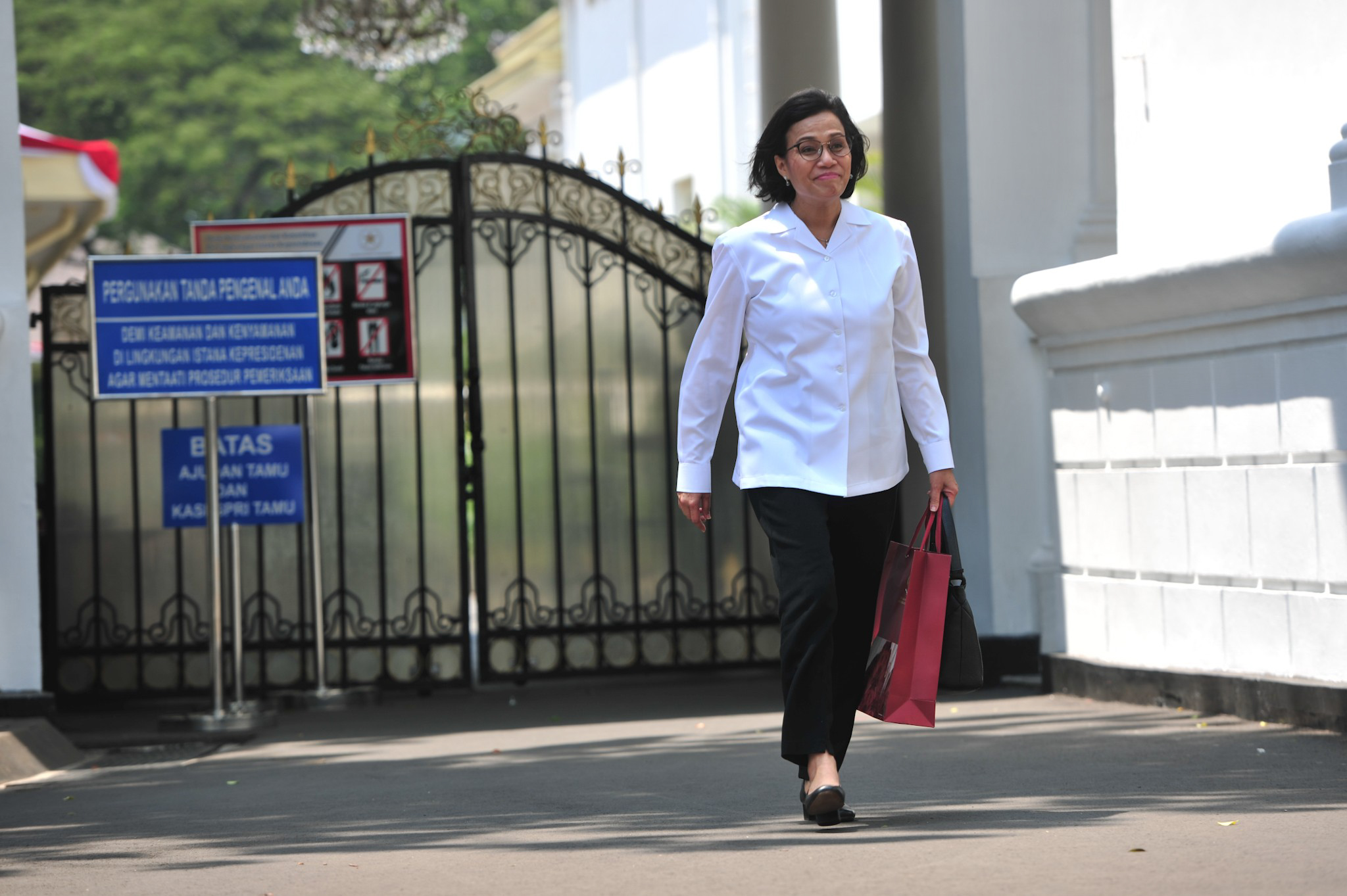 Sri Mulyani Indrawati after a meeting with President Jokowi at the Presidential Palace, Jakarta, Tuesday (22/10). Photo by: Jay/PR.

“Bapak President has asked me to convey to the media that he has assigned me to be a Minister of Finance,” Sri Mulyani said after a meeting with President Jokowi at the Presidential Palace, Jakarta, Tuesday (22/10).

Sri Mulyani said that her reappointment as Minister of Finance was an honor, adding that during the meeting, the President delivered his directions on the targets of the current administration.

“In the economic sector, Pak President said that the important thing is to continuously create job opportunities as well as to develop the economy in order to improve the quality of job creation,” Sri Mulyani explained.

In terms of small and medium businesses, she added, the Government aims to support business through various policies, while on macro economy, the Government’s focus are current account deficit and trade deficit. She went on to say that economic resilience in the country must be continuously improved, by increasing supplychains, building investment, and drafting policies that encourage the creation of employment opportunities, and support small and medium businesses.

Sri Mulyani also said that the President asked her to use all fiscal policies in assisting the relevant ministers in realizing economic resilience, especially in collaboration with Coordinating Minister for the Economy, Minister of Industry, Minister of Trade, Minister of Small and Medium Enterprises, and other economic ministers.

“Earlier we discussed measures to develop (the economy) by using policy instruments in the fiscal sector,” Sri Mulyani said, adding that Minister of Finance works hand in hand with Bank Indonesia, the Financial Services Authority (OJK), and the Deposit Insurance Agency (LPS).

“We should continue to maintain our economic stability and at the same time continue to improve policies in creating job opportunities and developing small and medium businesses,” Sri Mulyani said.

Regarding the future economic outlook, Sri Mulyani said that Indonesia is facing a very dynamic and volatile global economy, as well as the economic downturn. Therefore, she added, Indonesia needs sustainable policies in order to protect its economy from the global challenges.