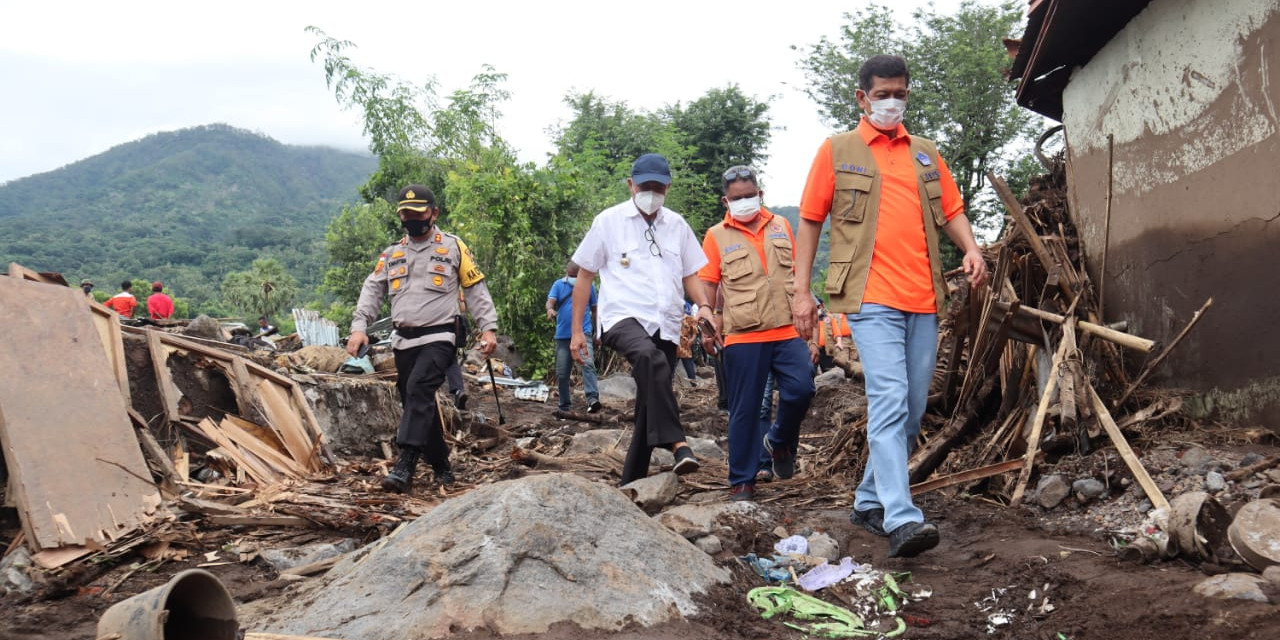 “In general, the on-the-ground operation runs well. The cooperation between the Indonesian National Defense Forces (TNI), the Indonesian National Police (Polri), and regional governments has run very well. The cooperation is also supported by local volunteers and today or tomorrow a number of volunteers from several regions will come,” Doni said after attending a virtual limited Cabinet meeting, Tuesday (06/04).

Doni has been at the disaster area since Monday (05/04) and immediately worked hand in hand with a number of stakeholders, including Ministry of Social Affairs, Ministry of Public Works and Public Housing, Ministry of Health, the TNI, the Polri, regional governments, and local volunteers in conducting search and recovery measures.

“The Regent has said that 224 units of houses are heavily damaged in Lembata, 15 units are moderately damaged, and 75 units are lightly damaged,” he said.

The head of the BNPB also reported that 81 people died from the disaster, 25 people were injured, and 103 people were declared missing. The data is subject to change in line with the ongoing process of searching for, evacuating, and rescuing victims.

“The data is collected from regional governments, from regencies/cities and provinces, as well as from the TNI and the Polri,” Doni said (DND/ UN) (RI/LW)