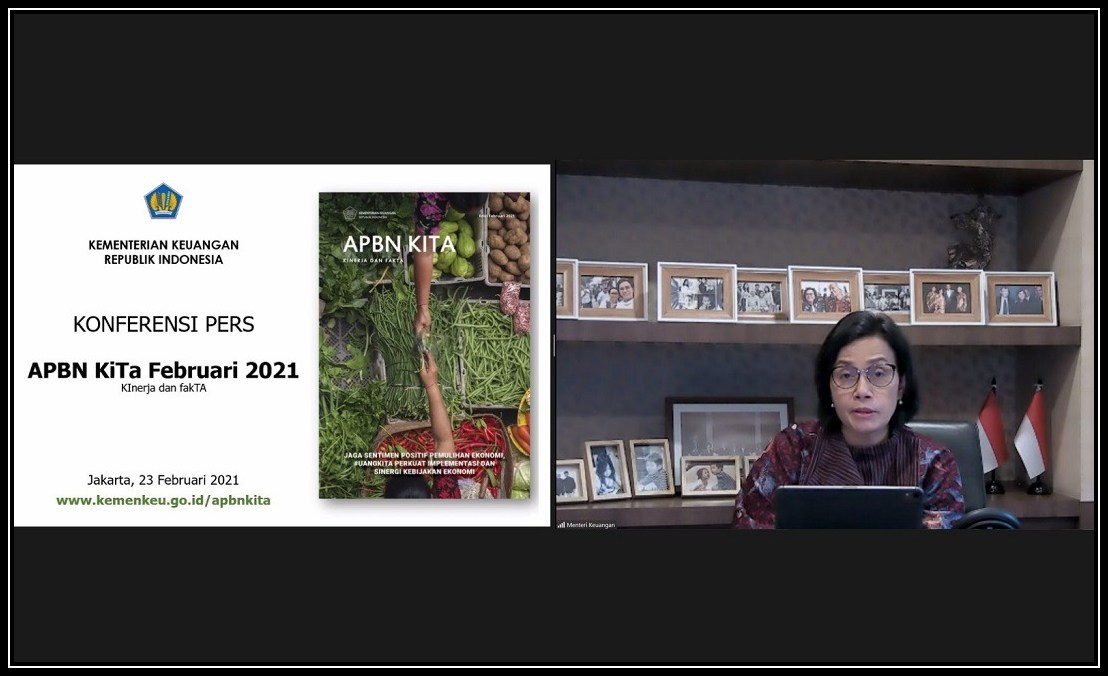 The Government continues to optimize the State Budget and fiscal policy as key to achieve economic recovery, Minister of Finance Sri Mulyani Indrawati has said.

“For the Central Government, the expenditure has reached Rp94.7 trillion or 32.4 percent higher compared to the last year’s expenditure of Rp71.5 trillion. This is what we call the spending driving force in January,” the Minister said in a virtual press conference, Tuesday (23/02/2021).

According to Sri Mulyani, the acceleration of the State Budget on the expenditure plays an important role in January this year, adding that positive growth on the spending side shows that the economic recovery program is running.

The Minister also said that the total realization of the national expenditures as of 31 January 2021, amounted to Rp145.8 trillion, growing 4.2 percent from the same period last year.

“Transfers to regions and village fund have decreased, but if we look at the breakdown, the village fund has increased significantly from Rp300 billion to Rp800 billion. It aims to support the people in overcoming COVID-19 through cash transfer in villages,” she said.

Former managing director of the World Bank also pointed out that the realization of state revenue as of 31 January 2021 was Rp100.1 trillion.

According to her, albeit still contracting, the revenue growth in January 2021 is better than that of previous month, adding that the figure is not much different from the realization of the same period in 2020 amounting to 105.1 trillion.

“The overall state revenue is relatively comparable even though the composition is very different. In January, the increase came from tax of Rp68.5 trillion and from excise. The excise has increased year on year from Rp4.5 trillion to Rp12.5 trillion. The non-tax revenue was of Rp19.1 trillion, almost the same as the last year’s revenue of Rp.19.7 trillion, so the decrease is very slight,” she remarked.