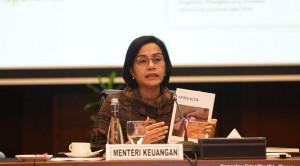 The realization of the State Budget until May 2019 was relatively positive, indicated by an increase in the purchasing managers index (PMI) which is above 50 as well as in state revenue that increased by 6.2 percent or Rp728.5 trillion, Minister of Finance Sri Mulyani Indrawati has said.

“Based on economic activities, several macroeconomic indicators show that the economy is doing reasonably well. This can be seen from Indonesia’s PMI which reached 51.6 points. The figure which is above 50 points indicates economic expansions. So, there is a significant increase in Indonesian manufacturers,” Minister of Finance said in the APBN KiTa (State Budget Performance and Facts) press conference, in Djuanda Hall, Ministry of Finance, Jakarta, Friday (21/6).

Overall, the state budget implementation up to May 31 was still safe, while the state revenue increased by 6.2 percent than the previous month which amounting to Rp728.5 trillion, she added.

In the meantime, in terms of state expenditure, Sri Mulyani Indrawati added, the Government has managed to spend the budget more since budget allocated for social assistance funds this year increased.

“The state expenditure absorption until the end of May raised by 9.8 percent compared to that of last year,” she said.

According to the Minister, the budget deficit up to May hit negative 0.79 of the Gross Domestic Product (GDP), while the primary balance nearly reached 0 or a deficit of Rp0.4 trillion. The Government’s debt still reached 29.72% of the GDP, she added. (PR of Finance Ministry/ES)