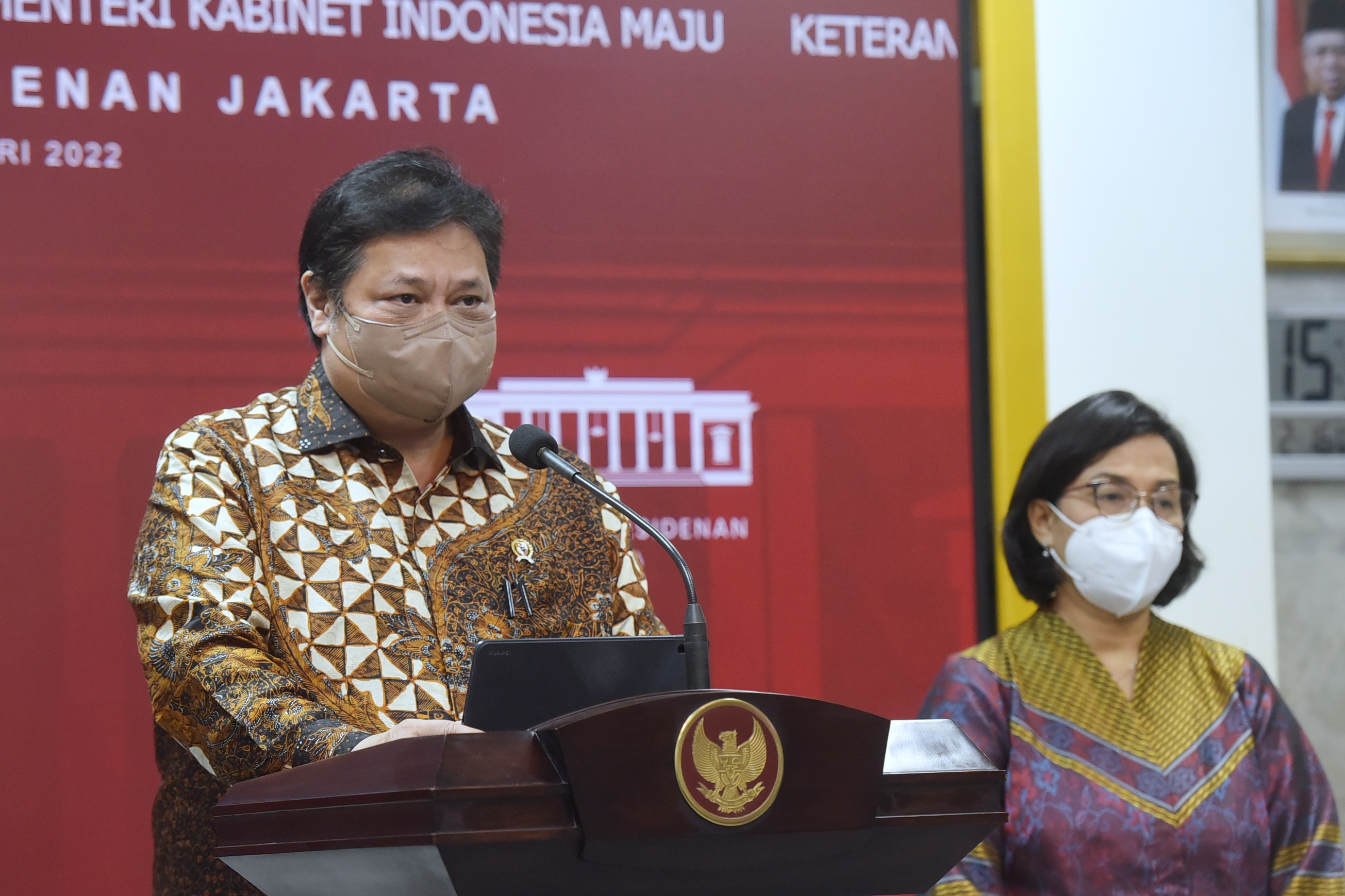 “The Government hopes that the public will continue to be vigilant so that the transmission will not increase too much,” Coordinating Minister for Economic Affairs Airlangga Hartarto said after a plenary cabinet session in Jakarta, Wednesday (02/16).

However, Airlangga said that despite the situation, hospital bed occupancy rate (BOR) is still relatively under control.

“The current BOR is still at 33.41 percent. So, this is different from Delta cases,” he said.

The Government, Airlangga added, will continue to impose public activity restrictions (PPKM) in each region to control the pandemic, adding that the Government also expresses hope that the public remains vigilant and follow strict health protocols.

“PPKM has been imposed in some regions, especially now at the epicenter in Jakarta, then it will shift to West Jave province and potentially outside Java island in the next 2-3 weeks,” he said.

In addition, the Government also continues to improve telemedicine services for self-isolated COVID-19 patients, he added.

“The Government has also boosted telemedicine services and the availability of medicine so those without symptoms or mild symptoms can self-isolate at home or if not possible, at centralized isolation facilities,” he remarked. (DND/UN) (FI/EP)