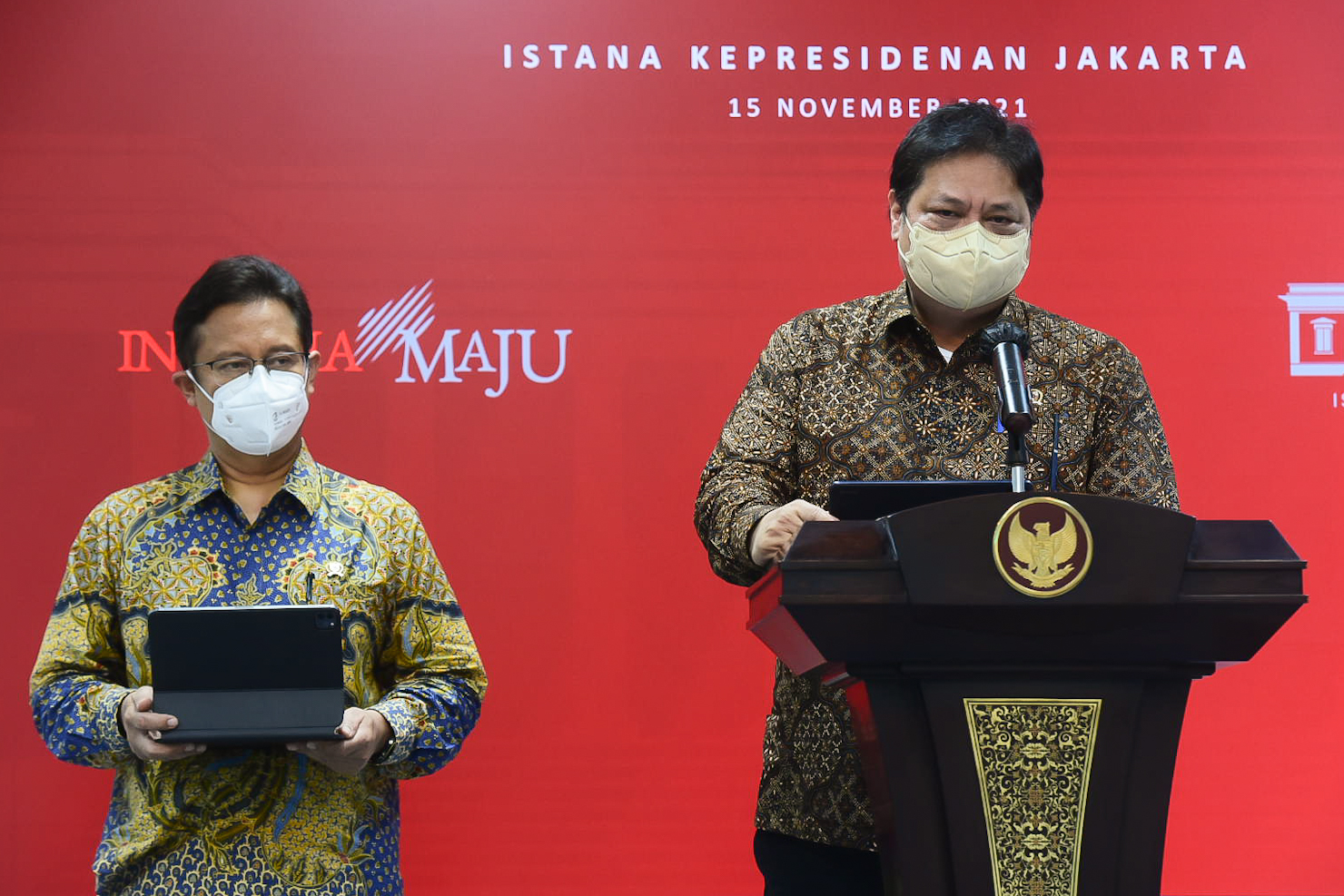 President Joko “Jokowi” Widodo has called on all his ranks to remain vigilant in facing COVID-19 pandemic, especially in anticipating Christmas and New Year holidays.

“During the Limited Cabinet Meeting, Bapak President mentioned that alhamdulillah the number of cases is declining, but we must remain extra cautious, especially in anticipating Christmas and New Year holidays, we must not let any increase occur,” Minister of Health Budi Gunadi Sadikin said in a press statement after attending Limited Cabinet Meeting on public activity restrictions enforcement (PPKM) evaluation led by the President, Monday (15/11) at the Presidential Office in Jakarta.

Although the number of daily cases is slowing down consistently, President Jokowi stressed that some regions need to be monitored intensively in order to prevent an increase in the number of cases.

“Bapak President also emphasized that there are five provinces that have shown a decline in the number of cases, yet some indications lead to the fact that the number starts to rise up. They should be monitored intensively. The five provinces are in Java Island,” Budi said.

Related to the implementation of limited in-person learning (PTM), the President wants the schools carrying out PTM to be under close surveillance.

“Bapak President also wants the schools carrying out limited in-person learning to be under close surveillance, so if there are indications of new cases, we can take action to prevent the infection’s spread,” Budi said.

Minister of Health added that the Ministry of Health and Ministry of Education, Research, and Technology will immediately take measures to improve the surveillance in the schools.

“Pak Nadiem and I will immediately carry out consolidation. Hopefully within this week, we will settle how to have in-person learning program implemented with active and more proactive surveillance,” he remarked. (MAY/UN) (AW/MUR)