Stimulus Should Be Provided for Companies to Prevent Layoffs Amid COVID-19 Pandemic: President Jokowi 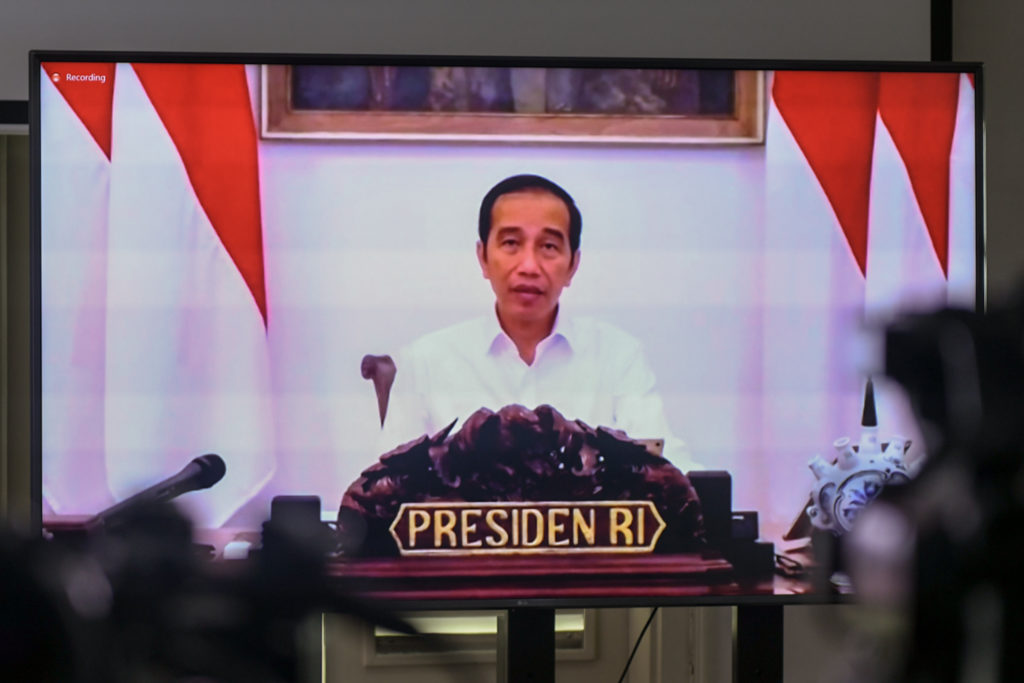 The ongoing COVID-19 pandemic has wrecked many sectors of the economy, including employment, President Joko “Jokowi” Widodo has said.

For that matter, President Jokowi raised several points to address the issue, including:

First, the Government should immediately provide economic stimulus for companies in a bid to prevent massive layoffs.

“The stimulus program should be given to companies who are committed not to lay off their employees,” the President said.

Second, for 56 million workers in the formal sector, President Jokowi has ordered the Cabinet to design a program that could help ease burdens of those companies.

“Do prepare tax incentives, relaxation of the social healthcare fee, and delay in installments. However, let me once again stress that the programs should be very well-targeted,” he explained.

Third, for workers in the informal sector, the President want them to be listed in the social safety net program.

“There are 126.5 million workers in the country with 70.5 million of them working in the informal sector. For informal workers who are categorized as poor and vulnerable, make sure they will get social assistance, both by the Central Government and regional governments,” President Jokowi said.

Fourth, for workers who have been laid-off, the President want them to receive a Pre-Employment Card.

“From the latest information I received, as many as 8.4 million people have registered for the Pre-Employment Card program from only 5.6 million quotas. The program will prioritize the those that have been laid off ,” he said.

Fifth, the President called on Ministry of Villages, Development of Disadvantaged Regions and Transmigration, as well as Ministry of Public Works and Public Housing, Ministry of SOE, and other ministries to intensify cash-intensive programs to provide more employment.

Sixth, the President has ordered his Minister to provide protection to migrant workers, both those who have returned home and those who are still abroad.

“The Government has also sent food packages to the migrant workers in Malaysia and I would like the program to continue,” the President said. (TGH/EN)