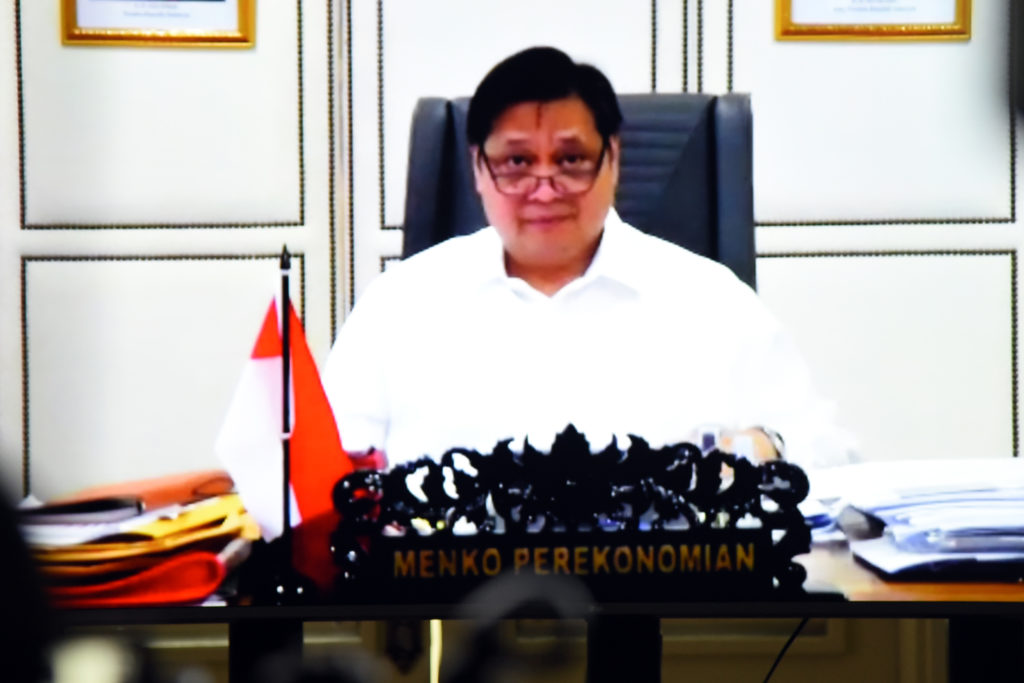 The Government has announced that supply of eleven food commodities remains safe meet demands amid the ongoing COVID-19 outbreak.

“Price of medium quality rice is Rp11,750 per kilogram on average, while price of premium-quality rice is  around Rp12,700. The average price of granulated sugar ranges between Rp17,000 and Rp18,050 per kilogram,” Coordinating Minister for Economic Affairs Airlangga Hartarto said after attending a Limited Cabinet Meeting, Tuesday (5/5).

According to Airlangga, price of staple food is expected to drop after stocks from the State Logistics Agency (Bulog) warehouses are distributed to the markets.

Citing data from Indonesia Statistics (BPS), the Minister said that the country’s economic growth expanded by only 2.97 percent in the first quarter of this year due to the COVID-19 pandemic, while the Government continues to maintain its 2.3 percent annual growth target for 2020.

“Consumption growth has dropped to 2.8 percent,” the Minister said.

Airlangga also said that gross fixed capital formation and export and import growth have reported a decline, in which imports were down to 2.19 percent.

“National monthly inflation stands at 0.08 percent, which is slightly lower than that in April last year, while annual inflation is also lower than that of last year at 2.57 percent,” Airlangga said, adding that state-run logistics firm Perum Bulog will maintain food stocks and President Joko “Jokowi” Widodo has also ordered his Cabinet to concentrate on monitoring new rice barns in the island of Kalimantan.

“The Meteorology, Climatology and Geophysics Agency (BMKG) and Ministry of the Environment and Forestry have predicted that rainfall intensity within 200 mm in Kalimantan will last until November. Ministry of Agriculture together with Ministry of State-Owned Enterprises and Ministry of Public Works and Public Housing will join hands to focus on building food storage infrastructure in Pulang Pisau regency in Central Kalimantan province,” the Minister said. (TGH / EN)