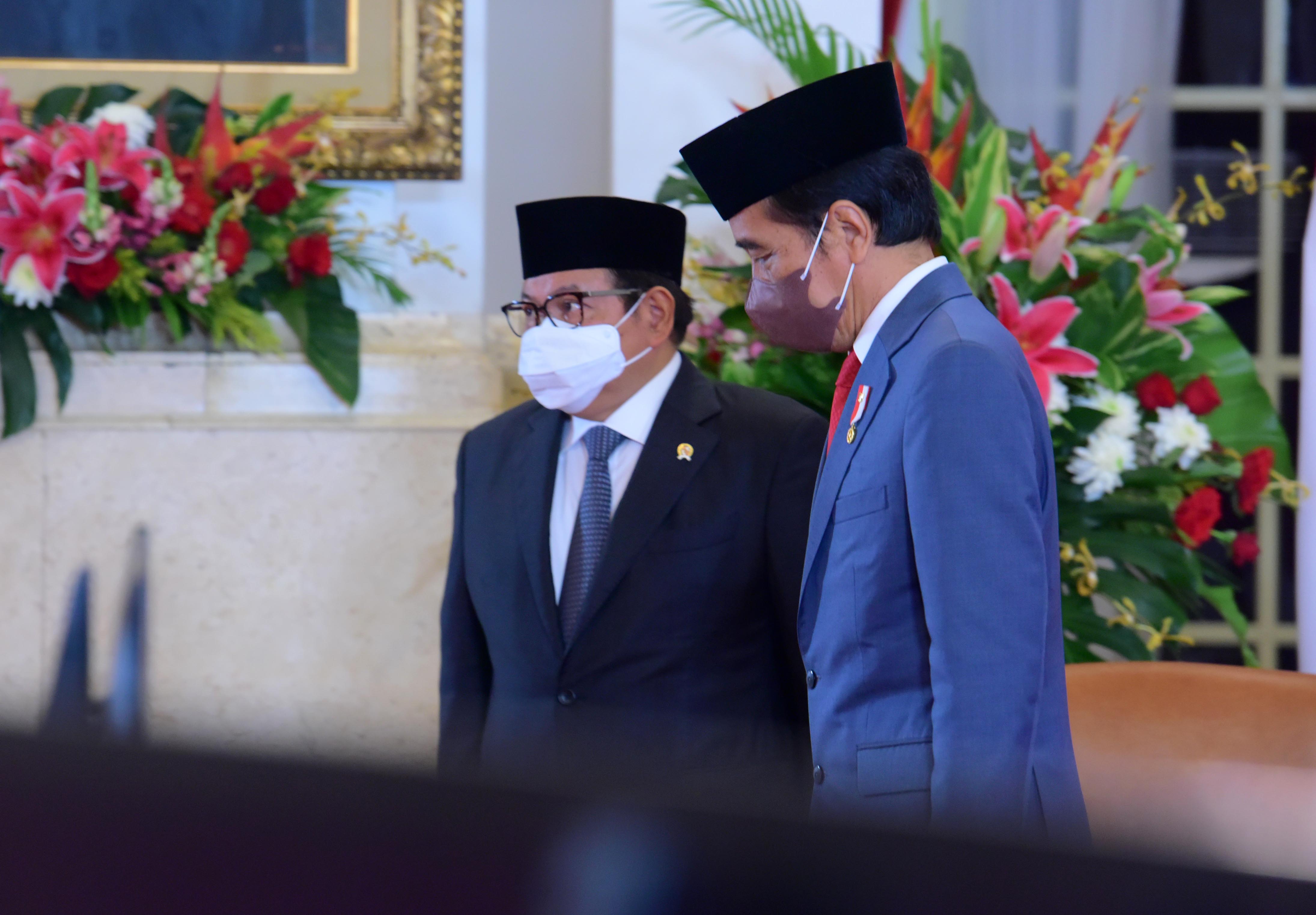 Spirit of transformation in the Supreme Court is in line with the spirit of Indonesia’s transformation, according to President Joko “Jokowi” Widodo.

“The Government needs support from the Supreme Court, High Courts, and District Courts across Indonesia. The role of the Supreme Court as a guardian of justice is strategic in supporting the transformation of Indonesia by producing landmark decisions that provide fair legal certainty for communities, provide fair legal certainty for business players and investors, protect state assets and public assets, as well as create a deterrent effect for corruptors and mafias that destroy the justice,” the President said on Tuesday (02/22).

The President also said that alternative models of case settlement need to be applied to reduce the burden on the courts by prioritizing mediation as an alternative to civil dispute resolution, promoting restorative justice for criminal cases and promoting dialogue involving perpetrators, victims, and related parties in a professional, transparent and accountable manner so that fair law enforcement can be achieved.

“We hope that the Supreme Court will continue to make strategic efforts in reducing legal obstacles to accelerate economic development, including through accelerating the handling of civil cases through a simple lawsuit mechanism, encouraging consistency of decisions, and reforming the implementation of decisions,” the President said.

On that occasion, the Head of State also explained a number of important transformations carried out by the Government, namely improving equity so that development is more Indonesia-centric, expanding downstream industries so that the value added of Indonesia’s natural resources benefit more people, and supporting MSMEs to advance through digitalization.

The Government, he added, has been promoting green economy to create prosperity for the people, accelerating the transition to new and renewable energy and strengthening blue economy so that maritime wealth can be sustainable and benefit the people.

“We  are also carrying out transformation in the legal sector through structural reforms, deregulation, and de-bureaucratization to improve legal certainty and ease of doing business, attract as much as possible investment and ensure investment security, expand employment opportunities and increase the nation’s competitiveness, and eradicate corruption,” the President stated.

Closing his remarks, the President underscored the importance of support from everyone in accelerating the transformation towards an advanced Indonesia.