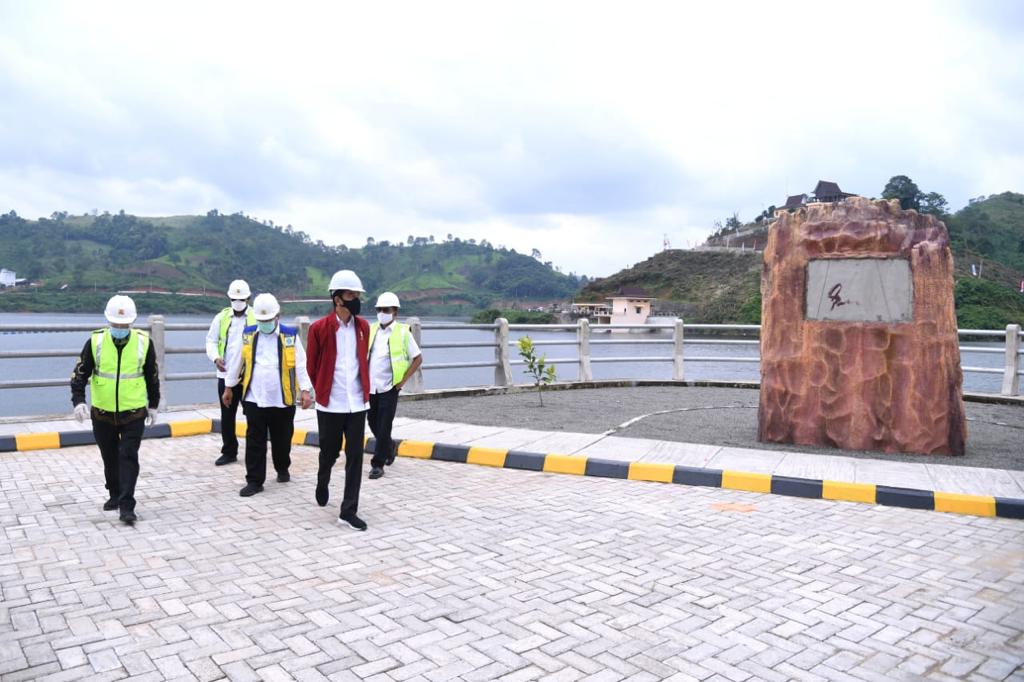 During the inauguration of the Tapin Dam in Pipitak Jaya Village, Tapin Regency, South Kalimantan Province on Thursday (18/02), President Joko “Jokowi” Widodo was engaged in a dialogue with one of the local residents who used to live in the area.

Atal Amos, one of the residents who have received compensation and have been relocated to a location near the dam, said that he and other affected residents had acquired parcels of land and built new houses using the compensation.

“I have built a house in the downstream area, near the dam, which is a better house. You can see it on the side of the road there,” he said to the President.

Atal also said he was proud and grateful for the existence of the dam and expressed hope it would gradually change the lives of the people living in the dam area.

“With this dam, we hope that the people here are empowered through the tourism village, because it will provide new businesses for the local communities,” Atal said.

On that occasion, President Jokowi said that the dam area is expected to be transformed into a tourist area.

“After seeing the beautiful scenery around the reservoir, it can be a tourism object, not only for Tapin Regency but for South Kalimantan Province,” the President said. (FID/UN) (RI/MUR)