Terrorist Attacks in France: There Has Been No Reports the Victim of WNI, KBRI Paris Open Hotline 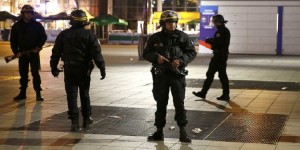 Terrorist Attacks in France: There Has Been No Reports the Victim of WNI.

At least 100 people reportedly killed in terrorist attacks in several locations in the center of Paris, France, mainly in the Bataclan Theatre Building, Saturday (14/11) morning. So far according to the Ministry of Foreign Affairs (Foreign Ministry) RI, has not obtained reports of casualties Indonesian citizen (WNI).

“The coordination with the Indonesian Embassy (KBRI) Paris, until now there is no information on casualties Indonesian Citizens (WNI) in this incident,” Ministry of Foreign Affairs press release through the twitter account @Portal_Kemlu_RI that uploaded some time ago.

Confirmed by the Ministry of Foreign Affairs that the Indonesian Embassy (KBRI) Paris continues to monitor the situation and coordinate with local authorities to obtain information about the victim.

“The Indonesian government called on Indonesian citizens in Paris to always be careful and avoid places that could be a target,” asked the Ministry of Foreign Affairs.

In order to provide spacious access to citizens (WNI) who want to know the progress of the terror events in Paris, Indonesian Embassy Paris opened and information service and hotline at the number + 33 621 122 109.

The French government itself has decided to alert the emergency status on the terror attacks that occurred in several locations in Paris.

“President of French Hollande decided emergencies for all of France, the border was closed,” That’s the information submitted by Reuters.

Moreover, Hollande ensure that the operation to rescue the hostages has been done by the police. He also requested that all parties calm. “We must unite and remain calm,” Hollande said. (ES)/Sy