The Economic Policy Package III Will be Announced Next Week 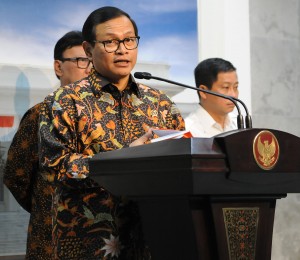 Cabinet Secretary Pramono Agung argued, the package on what, at present being prepared under the coordination of Coordinating Minister for Economy. However, further Cabinet Secretary, in principle Policy Package Phase III to be issued approximately substance and narrative, hopefully the steadiness is the same as the Policy Package II.

“We know and we thank all colleagues, the business community’s response to the Package II is really good, and this makes our economy, especially when the global turbulence as it enables us to be positive in one, two, three days. Hopefully the next package that to be announced also have the same effect, “said Pramono told reporters after attending a limited cabinet meeting at the Presidential Office, Jakarta, Thursday (1/10) afternoon.

According to Pramono Agung, the point is the President wants really cuts the licensing terms of time, not just cut 1-2 days.

“If we can cut off monthly, even the President wants some permit the calculation is only an hour, why is it done? In order for us to be competitive in the ASEAN countries, is due to have a branch marking with neighboring countries, which is being pursued at this time, “said Pramono.

Cabinet Secretary also said that as soon as any process undertaken by the central government, the regions should also be followed. Therefore, further Cabinet Secretary, some local regulations that are considered not in sync with the speed that is done at the center immediately repaired. (DID/SLN/UN/ES)/Sy.