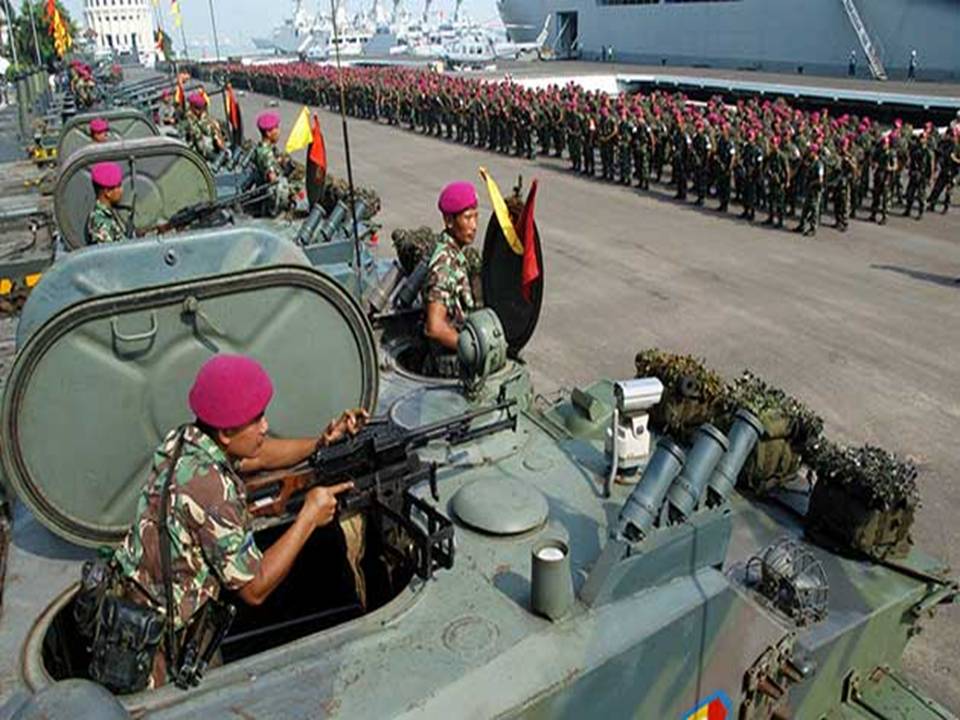 Defense Areas could be set as National Strategic Assets considered from defense and security matters, stated article number 8 in PP number 68 of 2014.

According to this PP, the Defense Areas could be used by TNI (military) in order to strengthen the defense capabilities and maintain our state sovereignty. In this utilization, the military could involve community participation to safeguard the defense activities.

Moreover, the Defense Areas is set up without damaging the function of environment and natural ecosystems, and with consideration on increasing in added-value to the region of Defense Area. Other than defense purpose regarding the area, must get permission from the Minister of Defense.

The PP also emphasize, government and/or regional government must provide area for the construction and development of Defense Area. In order to support training are for military, the government and/or local government shall provide the area needed for army unit or individually until the level of  military joint exercise.

Military Defense Area is provided for army units at national level, province level, and regional level, stated in paragraph 28 clause 1 of PP number 68, 2014. In the next clause stated that, at national level the military training area consist at least 3 military joint exercise; at province level it consist of one zone military joint exercise on battalion rank, and at regional level it also consist of 1 training zone for lower level.

Government and/or local government provides area to be used for military exercise whether it is for temporary or permanent, stated in paragraph 29 of this PP. This regulation also stated that the utilization of areas nearby Defense Area must support the function of military base camp or national vital object. If utilization of the area is not meant for supporting the military base camp function, then it has to fulfill requirements set in the regulation.

The PP also stated that the control could be done through monitoring, supervision, and control carried by government and/or local government in accordance with their authority. Moreover, the Defense Area only could be converted based on: a. Assessment of ineffectiveness and inefficient for defense purpose; and/or b. There is more important national interest.

The assessment of ineffectiveness and inefficient is set by Minister of Defense after coordinates with the Army Commander and Chief of Military Staff. While the national interest is set by President.

Conversion of Defense Area function as previously mentioned could be carried out if there is other area set up for the replacement which suites the requirement for Defense Area, stated in paragraph 44 clause 4. The regulation is effective start from it is signed, that is on August 19th, 2014, by Minister of Law and Human Rights Amir Syamsudin.