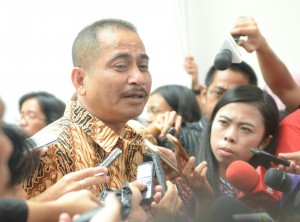 Although there is the tendency of strained relations between the two countries, related to Indonesian government’s decision will still execute death row inmates of narcotics and drugs (Narkoba), included against two Australians Andrew Chan and Myuran Sukumaran, the Indonesian government through the Ministry of Tourism still expect target of 1, 2 million tourists visit from the land of kangaroos could be achieved.

“No correction target of cooperation with Australian although perceived that the people relations between the two countries are not so good,” Minister for Tourism Ariel Yahya said  after attending a limited cabinet meeting chaired by President Joko Widodo (Jokowi), in Bogor Palace, West Java, on Monday (16 / 2).

Minister for Tourism Arief Yahya said the government plans to make tourism as a leading scctor. In this regard, all the ministries that have the duties and functions (tupokasi) related with tourism assembled a unified vision and perception to support the plan.

According to Minister of Tourism, so far at the national level there are three (3) areas that contribute to the arrival of most tourists, ie Bali, Jakarta and Batam (Riau Islands), that contributes 90 percent.