The US Offers Aid of 2.7 Million to Handle the Smoke 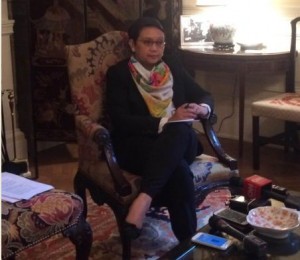 Minister of Foreign Affairs Retno Marsudi explained in a meeting with President Joko Widodo (Jokowi), in the Oval room, White House, Washington DC, US, on Monday (26/10) afternoon local time on Tuesday (27/10) pm dawn, President Barack Obama just a bit longer to discuss the land fires, which according to him cannot be extinguished simply because in the land below there are still flames and so on.

“From the United States, I spoke with US Ambassador has commitments to aid worth 2.7 million US dollars,” said Retno to reporters at a press conference in Washington, US, on Monday (26/10) evening local time.

Regarding the forms of assistance to be provided by the US, according to the Minister of Foreign Affairs, of course, is the help needed by Indonesia.

Previously related with smog disasters in a number of areas in the country, President Jokowi has decided to immediately return to the homeland to lead directly over the disastrous handling of the smog in the country.

“Since the number of complaints and reports from the public concerning the health effects and social impact because of the smoke, I decided to cancel my trip to the West Coast, and will immediately return to Indonesia,” President Jokowi said in his press conference at Blair House Washington, DC, on Monday (26/10) morning local time.

The President plans to immediately drove to South Sumatra or to Palangkaraya, Central Kalimantan, because he had received the news also that in Riau already raining a little.

Initially President and First Lady Iriana Jokowi scheduled to be returned to homeland on Friday (30/10) night. However, the President has decided to expedite his return into Tuesday (27/10) afternoon, and is expected to arrive in Jakarta on Thursday (29/10).

As for the agenda of his last visit to the West Coast of US, including San Francisco, President Jokowi assigning ministers concerned, namely the Minister of Communication and Information, Ministry of Trade, Head of BKPM, and Head of the Creative Economy to meet CEOs there. (UN/SI/ES)/Sy.