These 4 National Leaders Conferred the Title of National Heroes 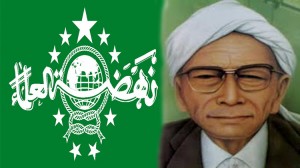 K.H. Wahab Hasbullah, one of national leaders conferred the title of National Hero on Friday (7/11)

President Joko Widodo (Jokowi) conferred the title of National Heroes to four national figures for their contribution to the homeland on Friday (7/11) at 14.00 Western Indonesia Time (WIB).

Minister of Social Affairs Khofifah Indar Parawansa at Seroja Complex, Bekasi, West Java said on Thursday (6/11) that the four names were selected based on some indicators by Council of Hero Title  from 12 figures.

According to Khofifah, the conferment mechanism of hero title of the four heroes was through plenary session of national hero title, in accordance with UU Number 20 of 2009.

These were the names of the national heroes:

1. Let. Gen. TNI (Ret.) Djamin Ginting, born in Tanah Karo, North Sumatera Province, on 12 January 1921, passed away in Ottawa, Canada, on 23 October at 53 years of age. He was an independence fighter against the government of Dutch East Indies in Tanah Karo.

2. Sukarni Kartodiwirjo, born in Blitar, East Java on 14th July 1916. Sukarni passed away in Jakarta on 7th May at 54 years of age. Sukarni was an independence fighter who formed Committee Van Aksi (a kind of fast motion committee) on 18th August 1945 whose tasks were spreading the information of Indonesian Independence throughout Indonesia.

3. HR Mohammad Mangoendiprojo, born in Sragen, West Java on 5th January 1905. He led his movement in Sidoarjo and Surabaya areas with struggle base in Buduran, that it was then memorialized in Buduran Sidoarjo.

4. K.H. Abdul Wahab Hasbullah born in Jombang on 31 March 1888, a fighter of 10 November battle in Surabaya. He was one of the founders of Nahdlatul Ulama (NU), a pioneer of Soeara Nahdlatul Oelama Daily Newspaper or Soeara NO and Nahdlatul Ulama (NU) News. He passed away on 29 December 1971 at 83 years of age. (Humas Kemensos/ES).