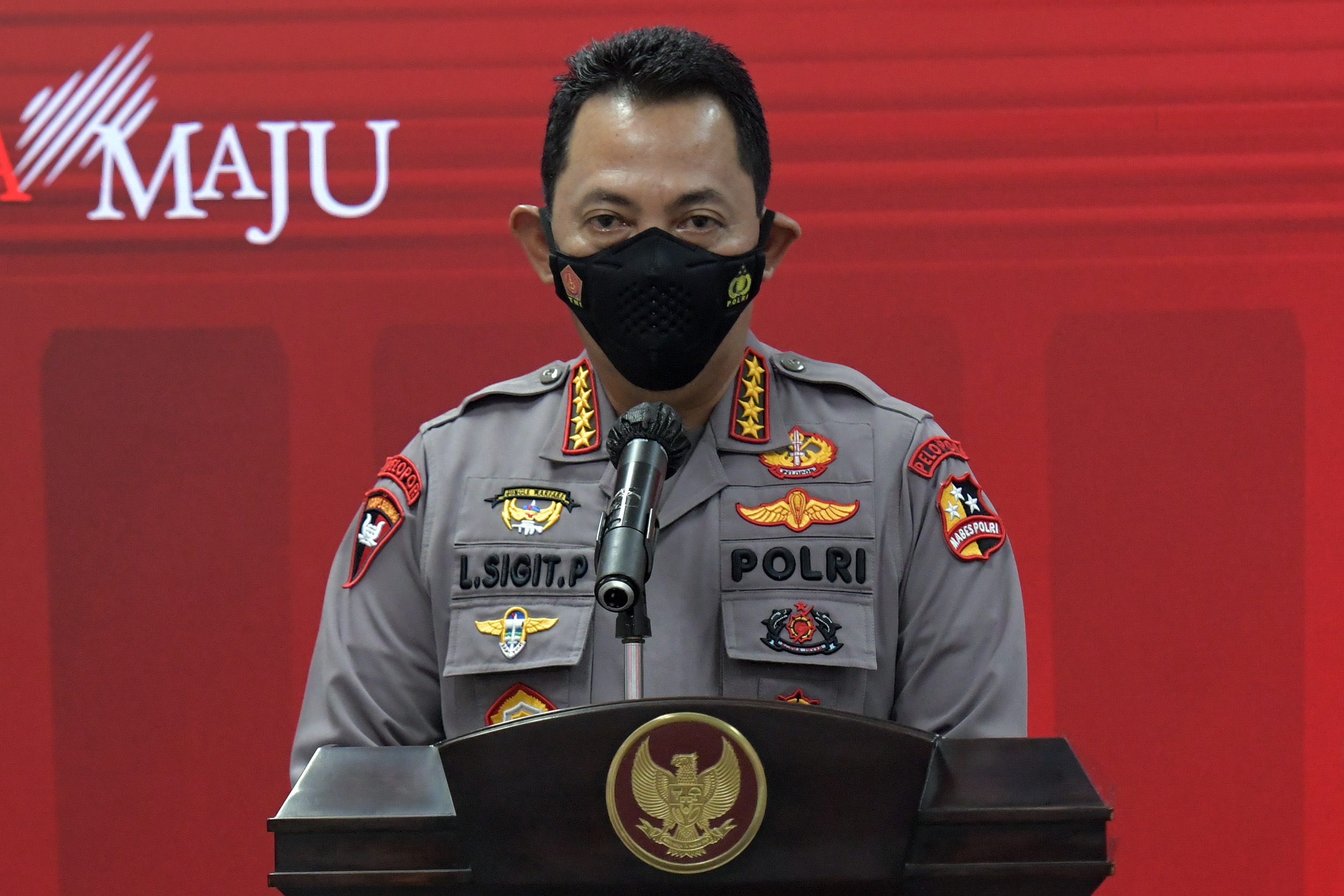 Chief of the Indonesian National Police Listyo Sigit Prabowo said that TNI and the National Police have also added more personnel to implement a stricter PPKM Mikro policy, including enforcing restriction to people’s mobility and conducting screening to people before entering and leaving 60 ‘red zone’ villages in Kudus regency in Central Java province that has seen a surge in the number of COVID-19 cases.

According to Listyo, Indonesia has recorded an increasing number of COVID-19 cases after Eid al-Fitr holiday due to people’s gathering.

In addition, lack of discipline of the people in observing the health protocols, including in wearing a face mask, also contributed to the surge in cases, he added.

“Consequently, we are seeing a huge spike of positive cases in Kudus regency and Bangkalan (in East Java). The TNI and the National Police must take measures to control cases and to speed up the recovery,” he said, adding that the two institutions will also deploy additional personnel to intensify testing and tracing measures.

Listyo also said people who have been declared reactive from a mandatory screening test must undergo a PCR test, adding that while waiting for the results of the PCR test, they will be advised to carry out self-isolation with a close monitoring from the TNI and Polri in order to prevent another contact.

For the record, four squads of the joint team from the TNI and Polri were deployed to step in the COVID-19 handling in Kudus. The personnel also collaborated to strengthen micro PPKM and to intensify testing, tracing, and isolation measures in three sub-districts in Bangkalan regency.

On that occasion, Listyo also called on regional governments to increase the number of isolation facilities in their respective regions and underscored that measures taken in Kudus and Bangkalan will also be applied to other regions reporting surge in COVID-9 cases.

“We will impose contingency management and special measures to regions reporting 500 cases of COVID-19 in a week so that we can lower the number of positive cases,” he concluded. (FID/UN) (RAS/EP)