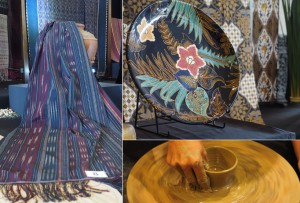 President Joko Widodo (Jokowi) on Thursday (12/3) is scheduled to open the National Entrepreneurship Movement (GKN) 2015 at the Jakarta Convention Center (JCC), Jakarta. GKN is expected to increase the participation of various stakeholders to promote the culture of entrepreneurship in society.

Deputy of Human Resources Development (HRD) Ministry of Cooperatives and SMEs, Budi Prakoso Susetyo in Jakarta, on Wednesday, said the highlight of GKN will be held with the involvement of banking partners i.e. PT Bank Mandiri, PT Bank Rakyat Indonesia (BRI), and other institutions in the effort to create the cadre of superior entrepreneurs that independent and resilient.

“This synergy will continue to be developed in the future as a form of embodiment that educate the public not only the task of the government or state funded, but also the responsibility of all parties, including SOEs, private, and community,” Prakoso said.

In the future, the government plans to focus on implementing assistance to entrepreneurs who have started their business, to be able increase to a higher the scale of business in the future.

“In the future, we will focus to undertake the mentoring program in order that entrepreneurs, including the micro-enterprises could be increase to the higher business scale,” Prakoso said. (Kementerian KUKM/ES)