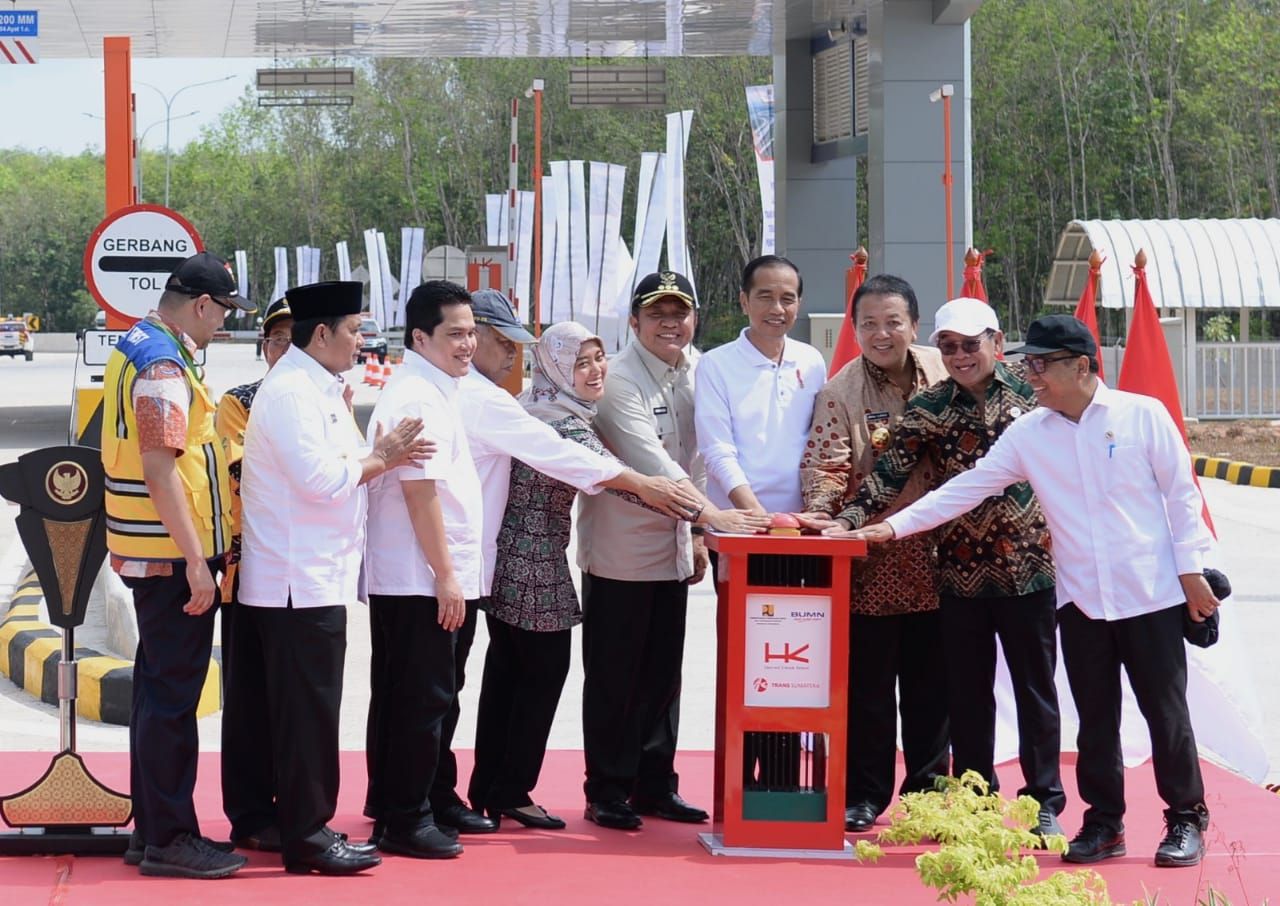 “This is the longest toll road I have ever inaugurated and we hope it will be continued from Kayu Agung to Palembang (in South Sumatera) and Palembang to Kedung in Banyu Asin,” said the President.

According to the President, the newly-inaugurated toll road is expected to boost tourism and economy in the area.

Investment is also forecast to increase following the availability of supporting facilities for production, which will create new jobs, he added.

“This will facilitate production of existing production centers,” said the President.

During the inauguration ceremony of Bakauheni-Teranggi Besar Toll Road, the President also stated that the construction of the Trans Sumatra Toll Road project, which connects Bakauheni in Lampung and Aceh, would be completed in 2024.