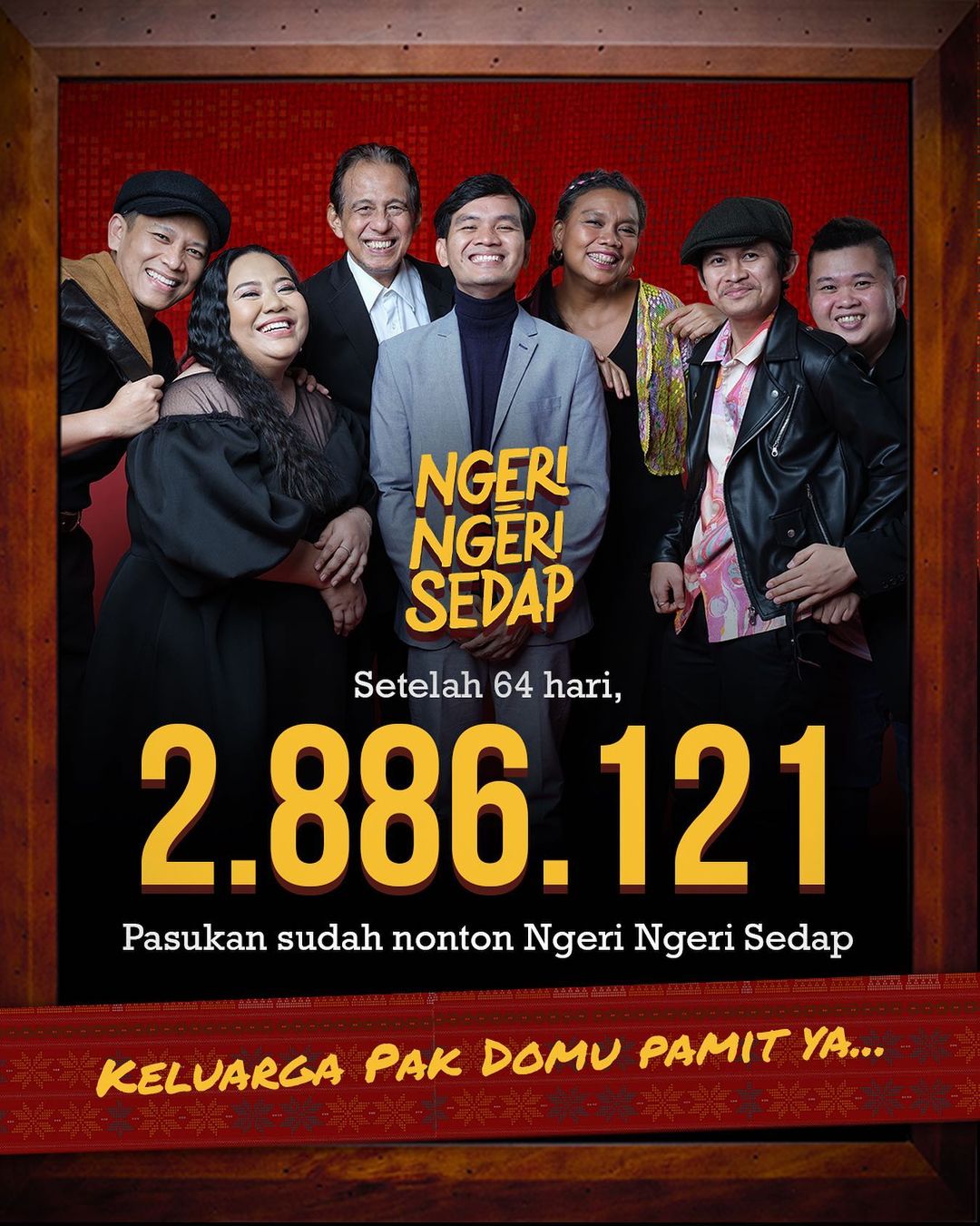 Minister of Tourism and Creative Economy Sandiaga Salahuddin Uno expressed appreciation to Ngeri-Ngeri Sedap (Missing Home) film as a creative product that supports the rise of the post-pandemic national economy and promote the country’s tourism.

“The Ngeri-Ngeri Sedap film—which was watched by 2.8 million people and is the country’s official representative at the 2023 Oscars—tells local culture, especially on Lake Toba in North Sumatra province, which is one of super priority tourist destinations in Indonesia,” Sandiaga said at the Third Edition of the World Conference on Creative Economy, at the Bali International Convention Center (BICC), Nusa Dua, Bali Thursday (10/06).

Sandiaga also stated that he is moved by the film since it depicts family values ​​and the story is closely related to everyday life in Indonesia.

“It really moved me personally, not only because of the witty comedy and family values ​​but also because we are all related to the story of the film,” he said, adding that the film also marked the rise of the creative industry, including film industry, which had been affected by the COVID-19 pandemic.

In addition, the Minister expressed optimism that the country’s creative industry can develop swiftly and be able to achieve the target of 4.4 million new jobs in the creative economy sector that has been set by President Joko “Jokowi” Widodo.

“This is a sign of recovery, an inclusive creative industry recovery,” he remarked. (MAY/UN) (GWH/MMB)