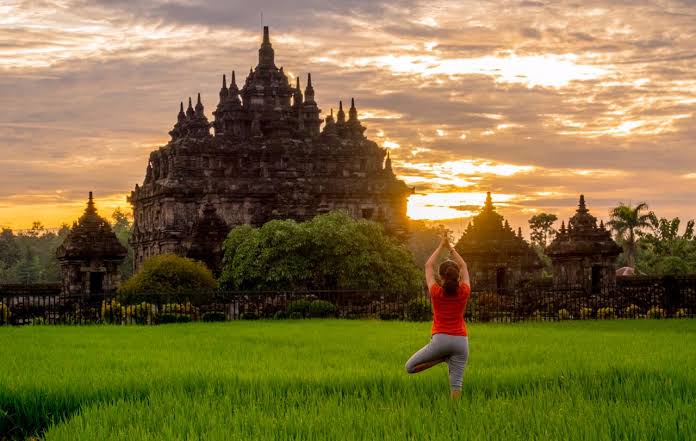 Indonesian Tourism. (Photo by: Ministry of Tourism and Creative Economy).

Tourism sector is expected to gradually rebound next year after the COVID-19 pandemic ends, according to Minister of Tourism and Creative Economy Wishnutama Subandrio.

“President Joko “Jokowi” Widodo is concerned about the future of tourism and creative economy sectors. Many players in these industries such as movie workers, dancers have their jobs disrupted. We also have to think about them,” the Minister said on Thursday (16/4).

Regarding the Government’s Pre-Employment Card, the Minister said that his Ministry should be able to make the most of opportunities to help tourism workers.

For the creative economy or related to art, according to him, the President has also ordered Ministry of Social Affairs to provide more cash assistance although the amount of money remains the same.

“We are working with Ministry of Social Affairs to implement this,” he said on Thursday (16/4).

According to the Minister, it is estimated that the situation will improve in June, with the losses can either increase or drop and the potential revenue from tourism sector is expected to reach more than half of last year’s at US$20 billion.

“Maybe, this year it can be around half or even more than half, losing revenues from tourism, depending on when this pandemic ends,” he said, adding that it is estimated that this year the number of tourist arrivals is 5 million tourists with US$1,200 average spending per arrival or per visit.

As for aircraft’s connectivity, he added that there used to be ten Garuda flights abroad but now there are only two flights.

The Minister also urged tourism workers to stay optimistic about the growth of tourism and creative economy in the country.

As for physical development of tourism infrastructure, according to him, it is time to re-design the planning.

“The President has ordered the re-designing to make it better in the future,” he said, adding basic standards such as clean traditional markets and toilets deserve attention.

Infrastructure related to connectivity of ports, airports, roads, and so on must still be built, he added.

“We will continue to coordinate with Ministry of Public Works and Public Housing and Ministry of Transportation,” he said.

Regarding budget reallocation in the Ministry, Wishnutama said that Rp500 billion is used for emergency response to provide hotels in Greater Jakarta for medical personnel, transportation and so on.

“Those hotels must meet the standards set by Ministry of Health and the World Health Organization,” he said, adding that the Government will also empower micro, small, and medium enterprises to produce fabric masks and has set the target of reaching one million fabric masks.

“We will also prepare a ready-made side dish, dry food. That is also one of the programs in the future to help tourism which still needs approval from Minister of Finance for business resilience programs and direct assistance for creative economy players,” he added.

Regarding economic incentive policies and the like, according to him, it is still being discussed with relevant ministries.

“Minister of Finance has said that she has briefly conveyed it, but the details will be delivered once it is approved,” he said. (FID/MAY/EN)