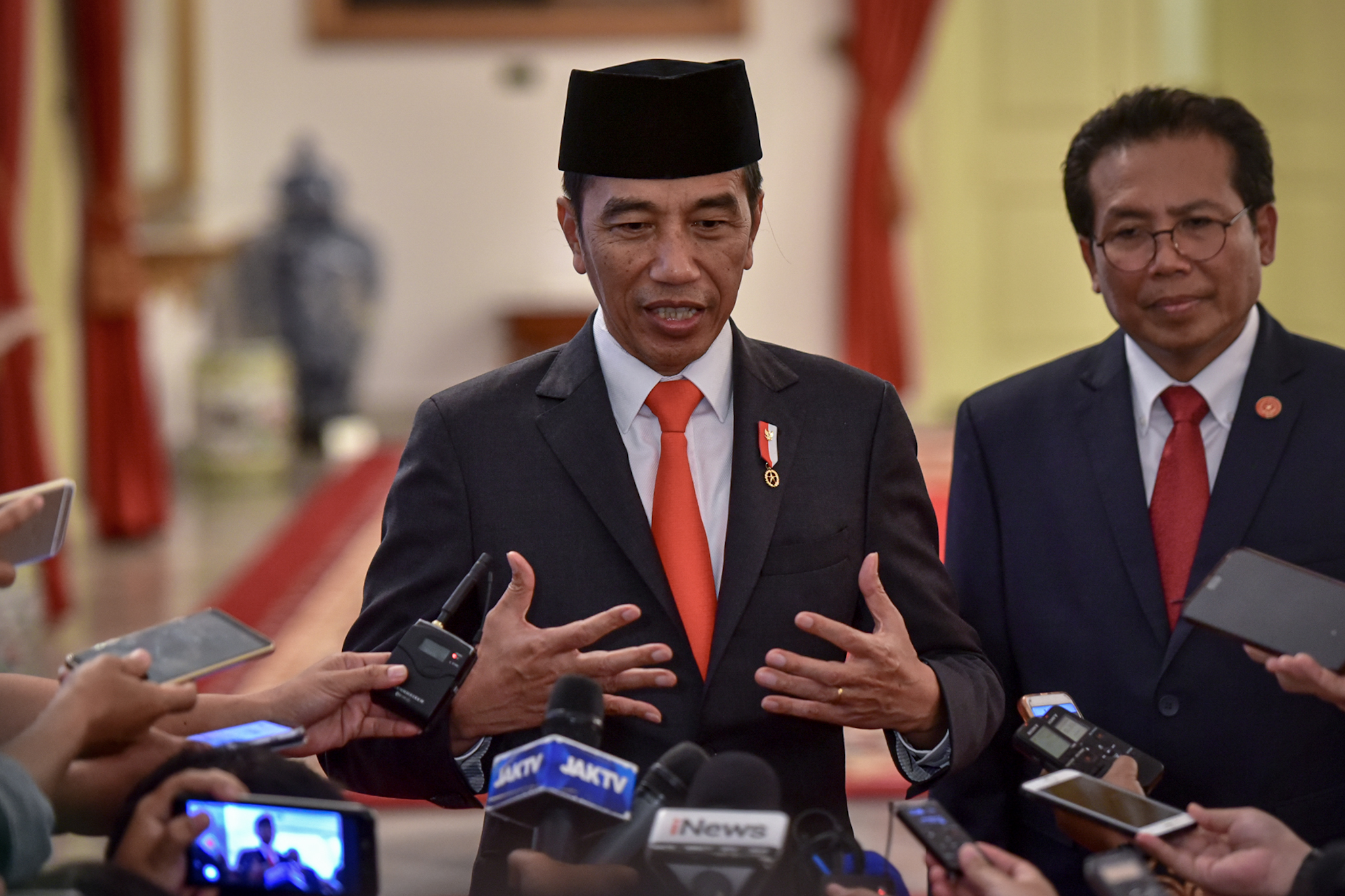 President Jokowi responds to reporters’ questions after the inauguration of the Presidential Advisory Board (Wantimpres) members for 2019-2024 period, at the State Palace, Jakarta, Friday (13/12). (Photo by: Agung/PR)

Good track records and experiences, as well as capability and integrity are several considerations for President Joko “Jokowi” Widodo in selecting 9 (nine) members of the Presidential Advisory Board (Wantimpres) for 2019-2024 period.

According to the President, each member has their own expertise, for example Gus Luthfi (Habib Luthfi bin Yahya in social and religious affairs, Dato Tahir in economic affairs, Putri Kuswisnu Wardani in small-medium sized enterprises.

On that occasion, President Jokowi also said that People’s Conscience (Hanura) Party Chairman Oesman Sapta Odang has declined the Wantimpres position offer since the Board does not allow its members to have double position. This morning, he added, Oesman has told the Minister of State Secretary that he prefers to focus on managing the party.

The President went on to say that Former Coordinating Minister for Political, Legal, and Security Affairs in President Joko “Jokowi” Widodo’s first term, Wiranto, was installed as the Head of Wantimpres because he has long track records and experiences in government agencies and in the military.

“Since he had addressed issues on various sectors, I think (he can) provide advice and consideration to the President,” President Jokowi stated.