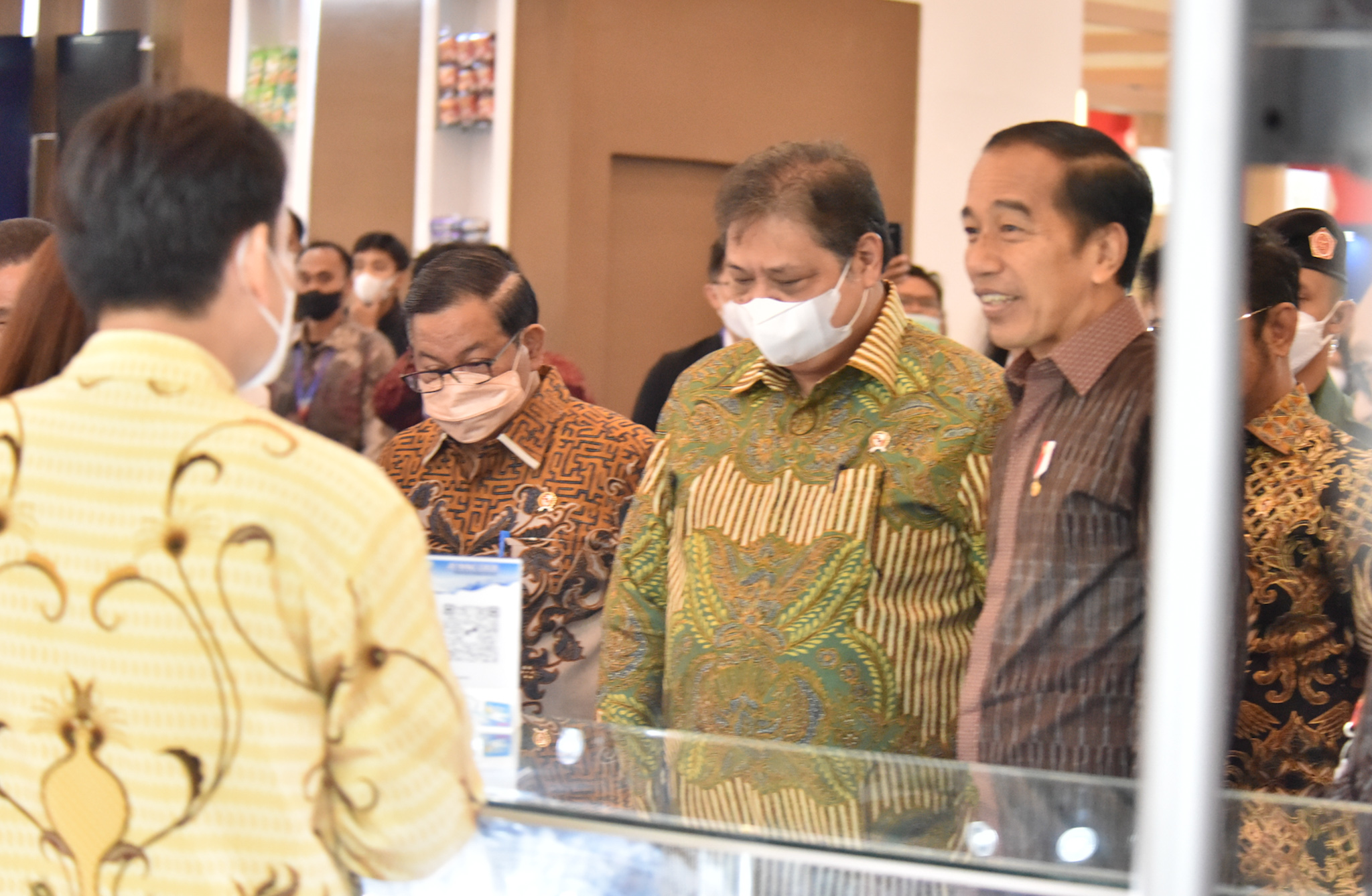 The 37th Trade Expo Indonesia (TEI) of 2022, held at the Indonesia Convention Exhibition (ICE), Tangerang regency, Banten province, broke a record of 100 trade agreements signed simultaneously with buyers from 14 countries. Transactions totaling US$1.19 billion or Rp18.45 trillion were made on the first day.

“I believe the trust and enthusiasm of international trading partners for Indonesian business actors reflect their trust in the momentum of ‘Strengthening Global Trade for Global Recovery’ promoted by Indonesia in the 37th TEI,” said Minister of Trade Zulkifli Hasan on Wednesday (10/19).

“Hopefully, we will be able to achieve the more than US$10 billion target set by the Minister of Trade, which will boost our trade balance surplus in the near future,” stated the President.

On this occasion, President Jokowi also expressed his appreciation for the efforts of all parties in maintaining Indonesia’s trade balance surplus for the past 29 months.

“It is owing to the support of you, Ladies and Gentlemen, we continue to have a surplus in our trade balance for 29 months. Previously, Pak Zul, the Minister of Trade, said that from January to September our surplus reached US$39.8 billion, which is not a small amount, and it is also due to the hard work of you all.” he said. (MAY/Public Relation of Ministry of Trade/UN) (YC/AW/HD/MUR)