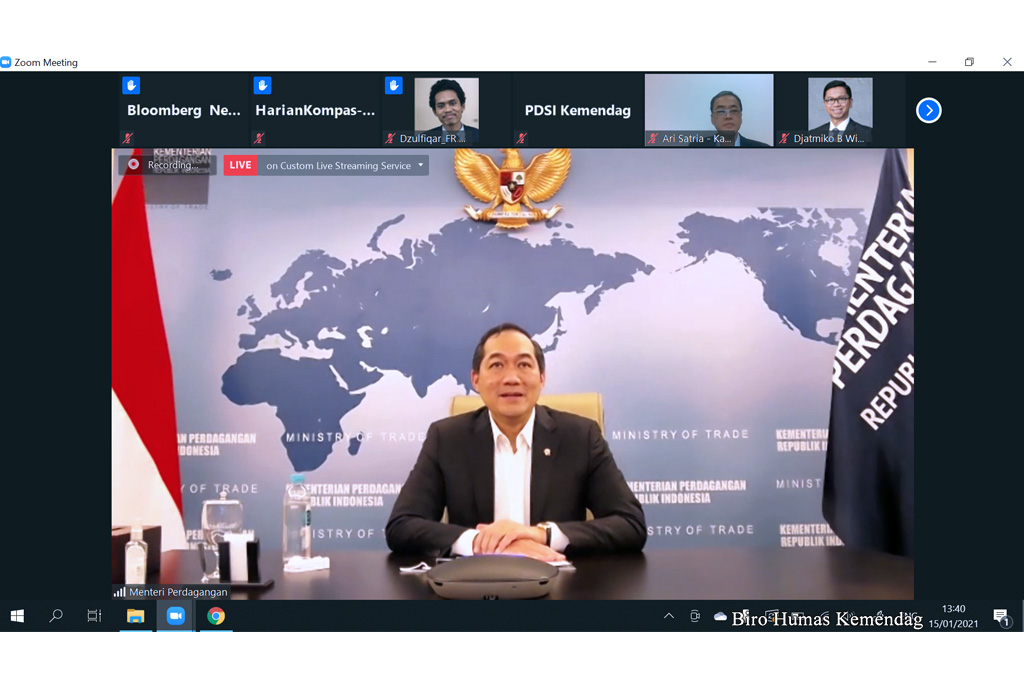 The Indonesian Government is ready to fight for and make efforts of defense against the lawsuit of the European Union (EU) about raw materials (DS 592) policy dispute.

It is a response to the EU’s measure that officially, for the second time, requested the formation of a DS 592 dispute panel at the regular meeting of the Dispute Settlement Body (DSB) of the World Trade Organization (WTO) on Monday (22/02/2021).

“The Indonesian Government, along with all stakeholders, believe that the policies and measures that Indonesia has taken are consistent with the principles and regulations of the WTO,” said Minister of Trade Muhammad Lutfi cited from the press broadcast on kemendag.go.id, Friday (26/02/21).

Lutfi underscored that although he frowned on the action and measure of the EU, a dispute in the WTO is ordinary and normal if there is a problem between members of the WTO.

“The action and measure of the EU can certainly hinder the development process and growth of Indonesia in the future, both directly and indirectly. However, this is an ordinary thing and normally occurs when there is an issue between members of the WTO,” said the Minister.

Earlier, the EU has called attention to Indonesia’s measures and policies on coal and mineral. The EU has also officially requested for a consultation with Indonesia under the mechanism of the WTO’s dispute resolution in late November 2019.

Furthermore, the consultation, as an effort to resolve the issue between Indonesia and the EU, was carried out in January 2021 at the WTO Secretariat in Geneva, Switzerland.

In the consultation process, the Indonesian Government explained the issues that the EU raised, such as export ban, domestic processing requirements, domestic market obligations, export mechanism and approval requirements, as well as import duty exemption for the industry.

Indonesia has denied the request at the WTO DSB meeting in January 2021 out of confidence that its policies are in line with the provisions of the WTO and the mandate of its constitution.

Nevertheless, at the WTO DSB meeting on Monday (22/02/21), the EU submitted an official request to form a DS 592 dispute panel for the second time. The EU’s lawsuit now covers two issues only, namely nickel export ban and domestic processing requirements.

The EU has continued to request for the panel as it deemed Indonesia’s policies not in line with the WTO’s provisions, harmful to the EU’s interests, and unfair as well as disadvantageous to its domestic industry.

In response to the international trade issue, including the lawsuit in the WTO, Minister of Trade stated that President Joko “Jokowi” Widodo has given directives to encounter it optimally so as to not disturb the national development agenda.

Therefore, Lutfi added, the Indonesian Government will continue to defend the coal and mineral policies to support the transformation of Indonesia into an economically developed country by still prioritizing good governance, competitiveness, the environment, and sustainability.

“Indonesia is also committed to continue to implement good mining practices as well as to defend its interests in the nickel dispute,” he asserted, adding that it is an implementation of the constitutional mandate to utilize the country’s natural resources well and sustainably for the growth of Indonesia. (PR of Ministry of Trade/AIT/UN) (DH/EP)