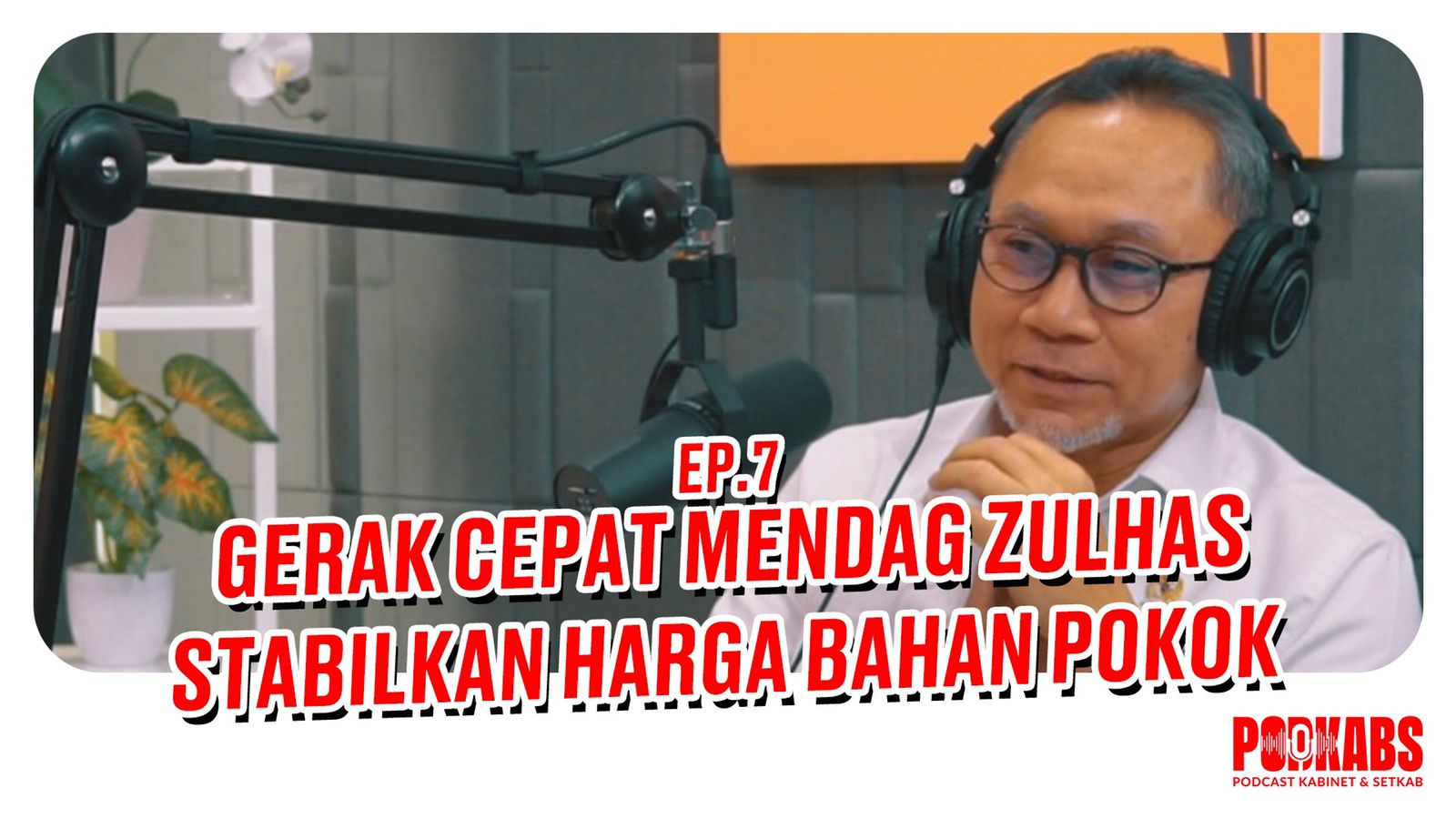 After being inaugurated by President Joko “Jokowi” Widodo as Minister of Trade on 15 ​​June 2022, Zulkifli Hasan immediately acted to ensure the availability of various basic commodities and stabilize their prices. This is in line with the message delivered by President Jokowi after the inauguration.

“Bapak President asked me to lower the cooking oil price in 1-2 months. I was surprised on my first day, I’m still learning, right? The second day, I came to the President, ‘Sir, not two months, but two weeks’,” said Zulkifli Hasan or Zulhas in the Cabinet and Cabinet Secretariat Podcast (Podkabs) episode 7 which was first aired on Friday (09/23).

According to the Trade Minister, the Government has distributed Minyakita cooking oil, which is priced at Rp14,000, to ensure the availability of cooking oil at affordable prices.

Based on the daily monitoring of the Ministry of Trade’s Basic Needs Market Monitoring System (SP2KP), as of 1 July 2022, the average bulk cooking oil price for Java-Bali islands is already lower than the highest retail price (HET). The average price of bulk cooking oil in 216 Indonesian markets is already Rp13.900 per liter, or 11 percent lower than the previous month.

Zulhas added, the key to controlling the price of basic commodities is to understand the problem not only at the macro level, but also at the micro level.

“You must go to the market and observe what is going on. Understand the problem, the people’s complaint, the supply chain, and the distribution chain. This policy can be effective if we know, understand, and relate to the problem. Then we can make effective decisions,” said the Minister who are experienced in managing product distribution since a young age.

Zulhas also stated that the Ministry has established a crisis center to address the issue of cooking oil shortage.

Not only cooking oil, the Minister added, the Ministry is also working to ensure that other basic commodities are available at reasonable prices for the people by, among others, conducting market operations.

“Rice is currently expensive; it has increased by Rp100. However, rice increased by Rp100 due to 3.3 percent inflation. Therefore, we have asked Bureau of Logistics to start conducting market operations right away. So, we have to understand at the micro level, as the President said. We understand, go to the market, listen, and act,” he remarked.

Subscribe to Cabinet Secretariat’s YouTube and Spotify channels to find out every new episode of Podkabs. (DND/RF/MAY/TGH/UN)(YC/AW/LW)