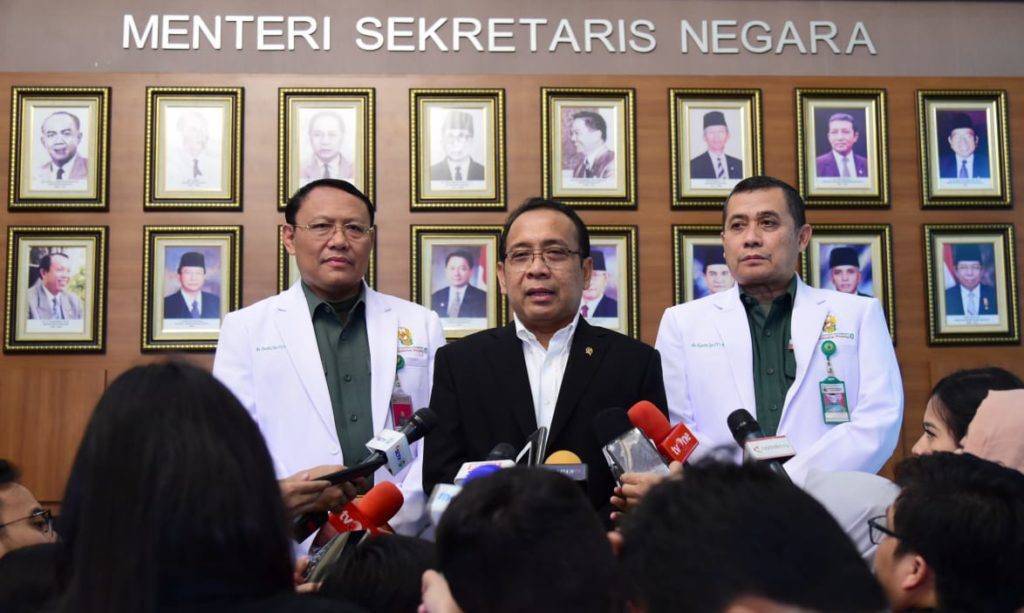 Minister of State Secretary delivers a press statement at his office, Jakarta, Saturday (14/3). (Photo by: BPMI)

“So, he has carried out his duty as Minister of Transportation actively at the forefront of dealing with the impact of covid-19,” Pratikno stated during a press conference at his office, Jakarta, Saturday (14/3).

According to Pratikno, the Transportation Minister, identified as Case 76, is currently under treatment at the Gatot Soebroto Army Hospital and his condition has improved.

“The hospital is working hard so that he and other patients can get better,” he said.

Pratikno went on to say that Minister of Health Terawan Agus Putranto has also tracked Budi’s past interaction to be able to handle the case further.

For the record, President Joko “Jokowi” Widodo has appointed Coordinating Minister of Maritime Affairs and Investment Lubut B. Pandjaitan as an interim of Minister of Transportation. (HIM/EN)