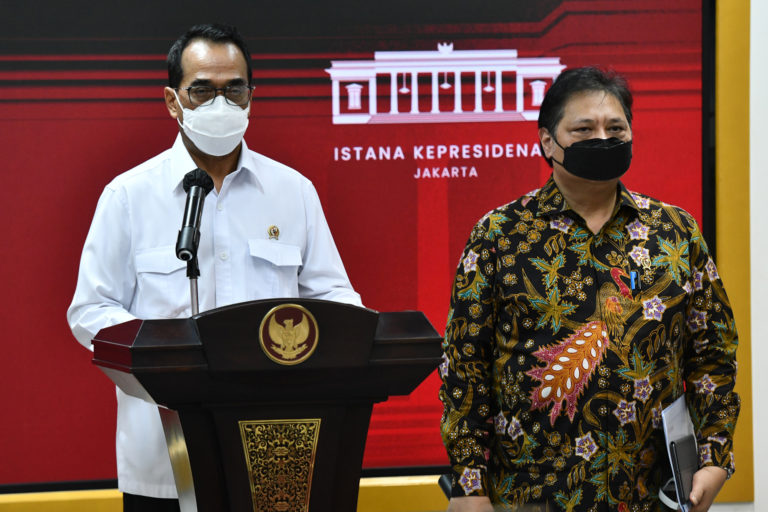 Ministry of Transportation is drafting a regulation to control transportation operations in the upcoming mudik (annual exodus during Eid al-Fitr) period, in line with the Government’s policy to ban the exodus.

“In accordance with the directives of the President, we stand ready to impose ban on the exodus and we also appeal to the public to stay at home,” Minister of Transportation Budi Karya Sumadi said in a press conference after a Plenary Cabinet Meeting in Jakarta, Wednesday (07/04).

In a bid to control land transportation, Budi added, the Ministry has coordinated with Head of the Traffic Corps of the Indonesian National Police (Kakorlantas) to carry out traffic insulation in several areas.

Budi also said that maritime transport services will be provided on a limited basis and the Ministry will only provide facilities for those who are exempted from the exodus ban policy.

In term of railway transportation, he said that the Ministry would reduce the services and only provide extraordinary railway services and several train routes in agglomeration areas.

On that occasion, the Minister also explained several factors that brought the Government to imposing the exodus ban, including a surge in COVID-19 cases in the United States and several countries in Europe and Asia.

The Minister further said that the surge in COVID-19 active cases has occurred after the previous long holidays and the previous exodus period. January 2021 saw a rise in mortality rate among health workers after the Christmas and New Year holidays. (TGH/UN) (RI/MUR)