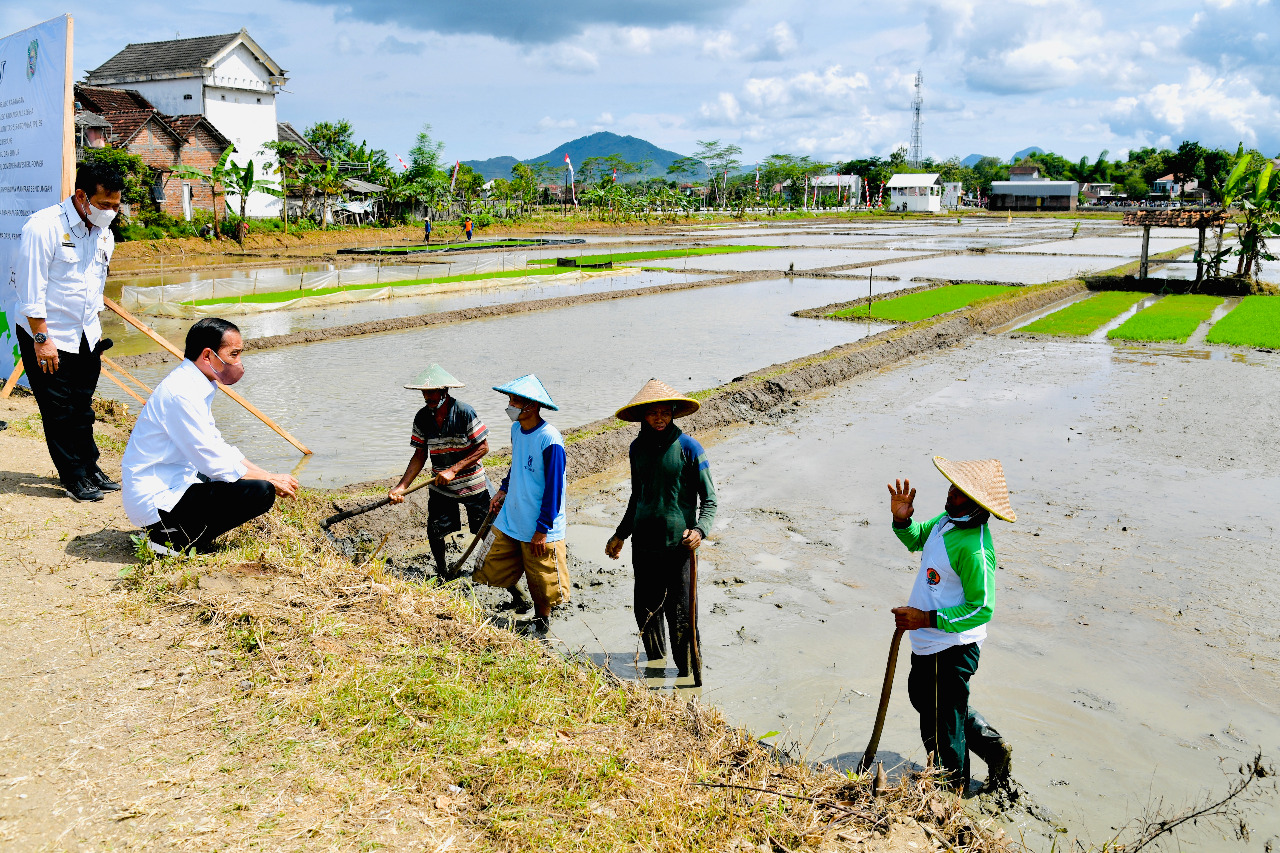 Nur Herdianto, one of the farmers in the regency, expressed hope that the President’s visit can encourage young farmers to get involved in the agricultural sector.

“I hope the young farmers are willing to get involved in agricultural sector as agriculture is a pillar for Indonesia’s resilience,” said Nur.

He said that the presence of young farmers is very much needed because the number of farmers continues to decrease and most of the farmers are the elderly.

“Nowadays, most farmers are the elderly, thus we wish the young people to continue becoming farmers,” he added.

In addition, Nur expressed gratitude to the President for the inauguration of the Tugu Dam and Gongseng Dam in East Java province, hoping that the dams can improve the welfare of the surrounding community, especially the farmers, as well as increase their harvest up to fourfold. (BPMI/UN) (EST/LW)