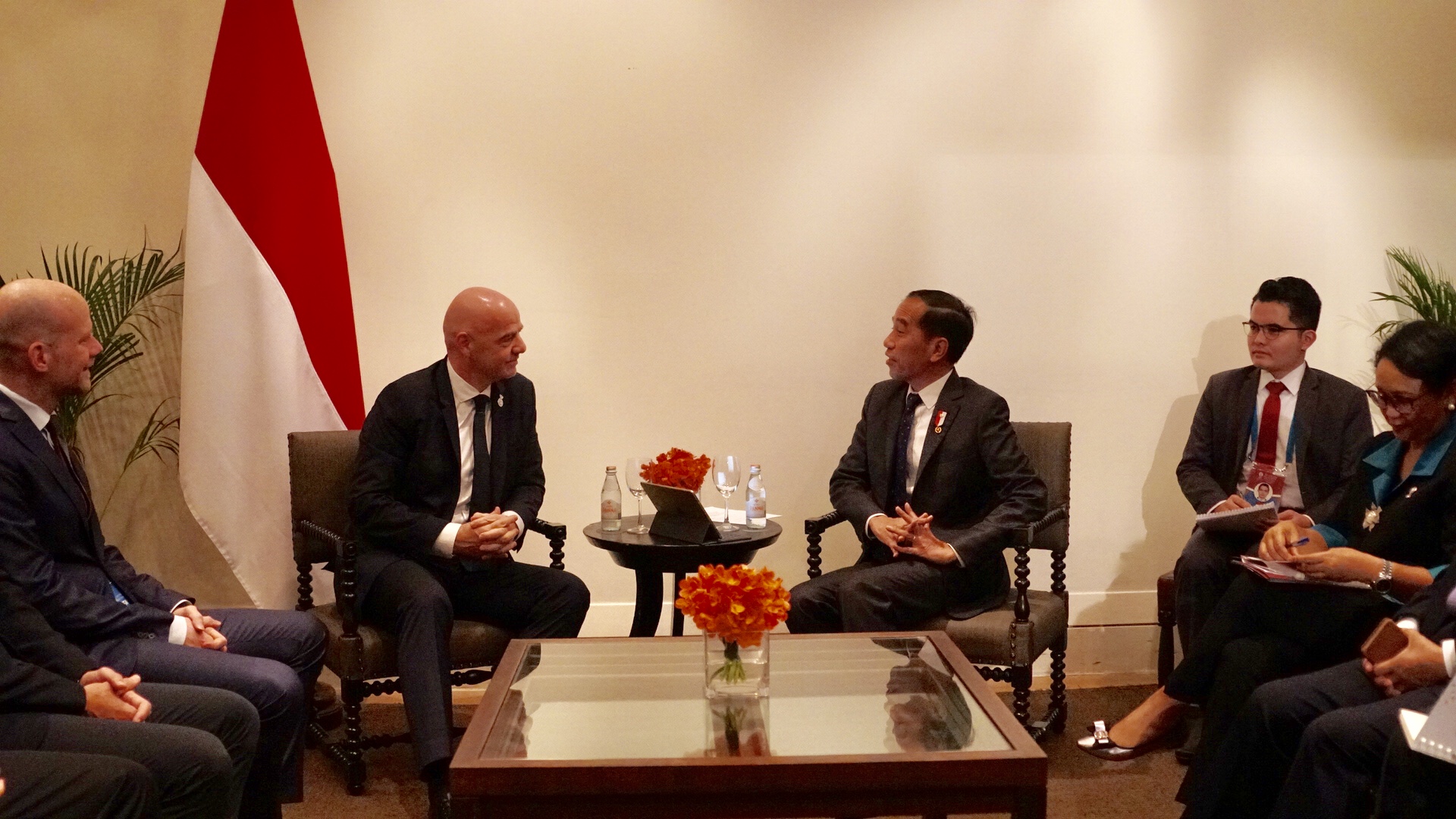 President of the International Federation of Football Association (FIFA) Gianni Infantino has said that he was happy with the decision of FIFA that chose Indonesia to host the 2021 U-20 Football World Cup.

“For a big country like Indonesia, with many football fans, it is very important to hold a big event for Indonesia and for the whole of Asia,” Gianni told reporters after a meeting with President Joko “Jokowi” Widodo, at the Grand Hyatt Erawan Hotel, Bangkok, Thailand, Saturday (2/11).

Regarding his meeting with President Jokowi, Gianni said that they discussed the preparation for the U-20 World Cup event, adding that the World Cup is not just an event, but part of a program to develop soccer in the country. Indonesia, he added, has more than 1600 soccer clubs.

According to Gianni, Indonesia will build, rebuild, and renew 10 football stadiums.

“We will work together with the Indonesian Football Federation and the Government to ensure that the U-20 World Cup is the best World Cup ever,” Gianni concluded. (SLN/RAH/ES)