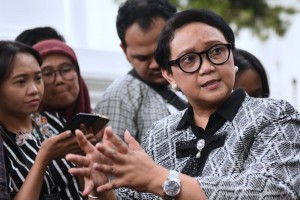 “The President and cabinet ministers have discussed the preparation for the Crown Prince’s state visit next week,” Minister of Foreign Affairs Retno Marsudi told reporters after attending a Limited Meeting on the Preparation to Welcome the Crown Prince, at the Presidential Office, Jakarta, Friday (19/7).

The Minister further said that the Prince of the UAE will bring along ten ministers and entrepreneurs and that the bilateral meeting will probably take place in Bali.