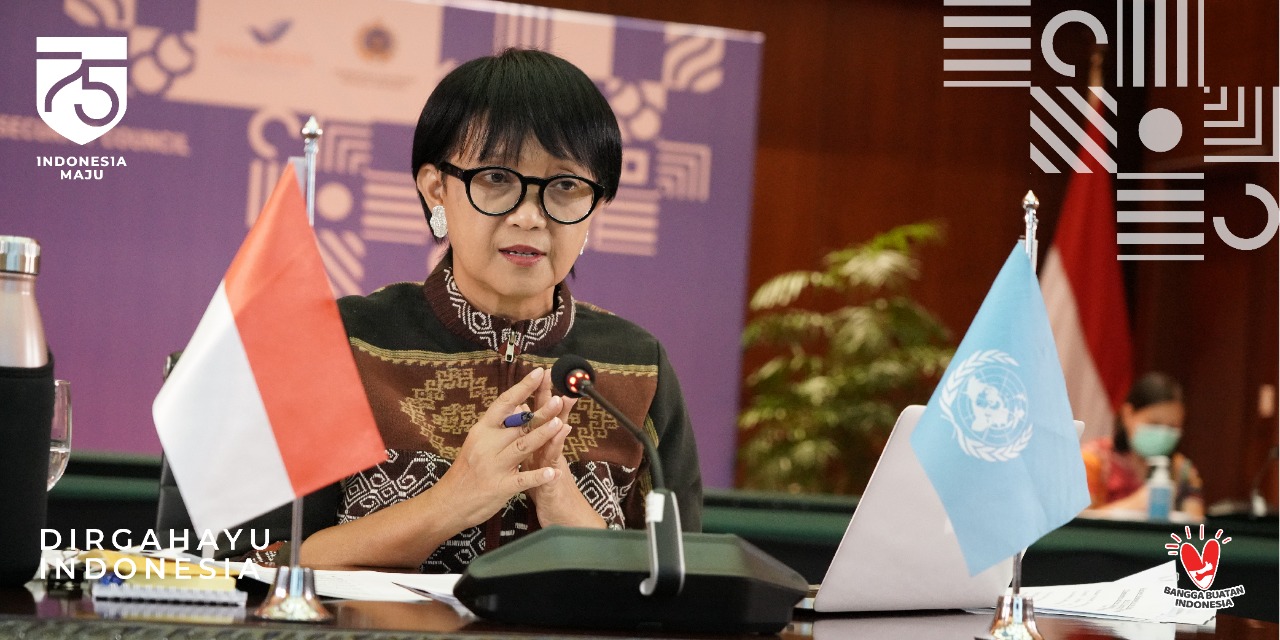 Under the Indonesian Presidency, on 28 August 2020, the United Nations Security Council (UNSC) has successfully adopted by consensus the Resolution 2538 (2020) on female personnel in UN peacekeeping missions.

This resolution is Indonesia’s real contribution to peace diplomacy and Resolution 2538 (2020) is the first resolution in the history of Indonesian diplomacy in the UNSC.

“This is also a form of Indonesia’s contribution to enhancing the role of women as agents of peace, especially in UN peacekeeping missions,” Minister of Foreign Affairs Retno Marsudi said.

This important breakthrough is the first resolution passed by the UNSC that specifically addresses the role of female world peacekeepers.

The extraordinary support from UN countries cannot be separated from Indonesia’s consistency in fighting for peace diplomacy and empowering the role of women in peace since the beginning of their membership in the UNSC in 2019. This also proves Indonesia’s active role as a “bridge-builder”. Indonesia managed to bridge differences in positions and uniting members of the UNSC.

“Support for this initiative is inseparable from Indonesia’s diplomacy, credibility, and track record in UN peacekeeping missions, including the progress of Indonesian female personnel in various UN missions,” the Foreign Minister stated.

For the record, Indonesian female peacekeeping forces have been recognized for their role in getting closer to local communities in conflict areas, especially in protecting women and children. Currently, the number of female UN peacekeepers is 5,327 or 6.4% of the total 82,245 personnel.

Indonesia is one of the largest contributors to female personnel with 158 personnel serving in seven UN missions namely Lebanon, the Democratic Republic of the Congo, Central African Republic, South Sudan, Darfur, Mali, and Western Sahara. Since 1999, Indonesia has sent more than 570 female personnel to various UN peacekeeping missions.

The UNSC meeting under the leadership of Indonesia on 28 August also passed the UNSC resolution on the extension of the mandate of the peacekeeping force in Lebanon (UNIFIL) and the resolution on the UN mission in Somalia (UNSOM). (Ministry of Foreign Affairs/EN)