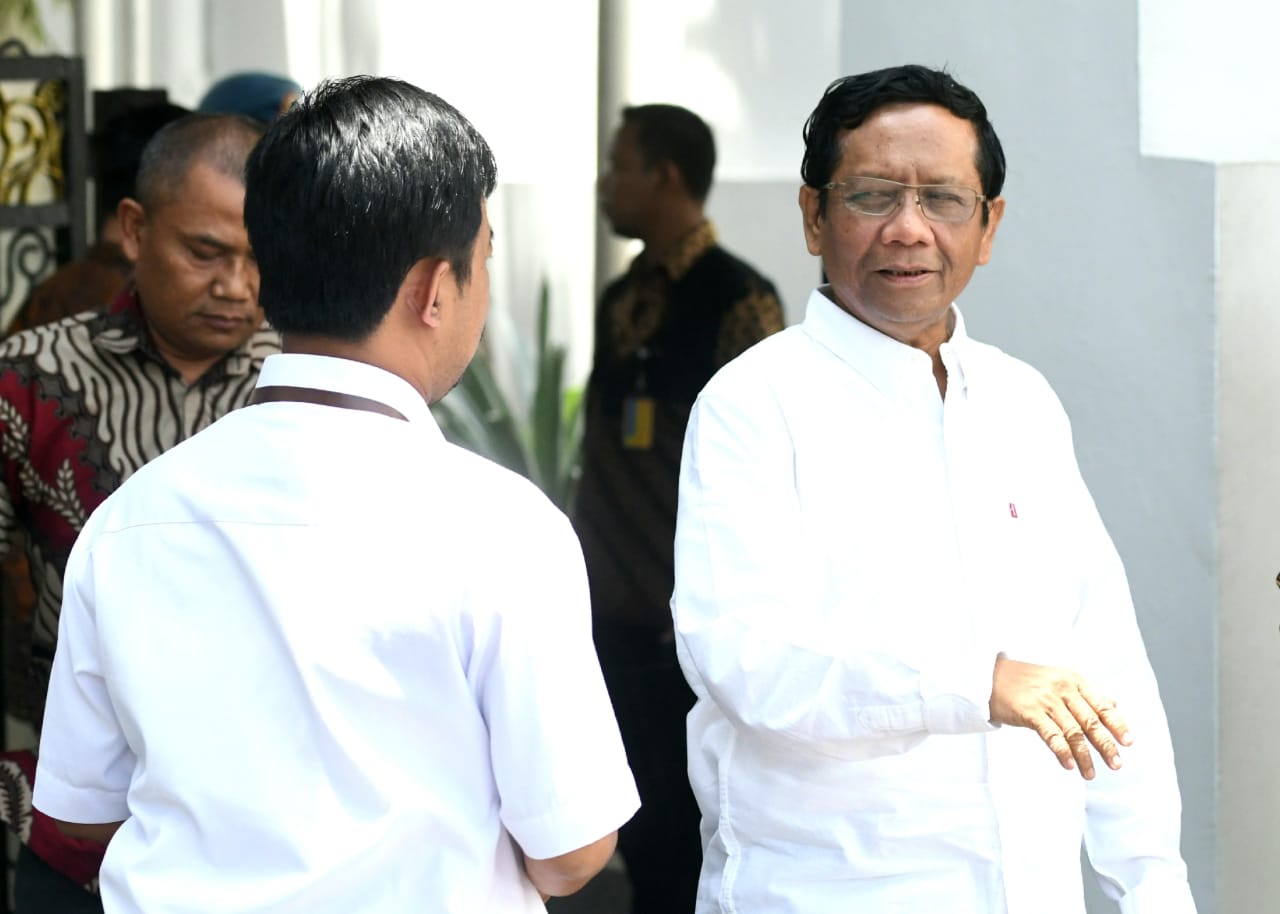 Member of Agency for the Implementation of State Ideology of Pancasila (BPIP) Steering Committee Mahfud MD is summoned by President Jokowi at the Presidential Palace, Jakarta, Monday (21/10). (Photo by: Rahmat/PR)

After presidential and vice presidential inauguration on Sunday (20/10), a member of Agency for the Implementation of State Ideology of Pancasila (BPIP) Steering Committee Mahfud MD was summoned by President Joko “Jokowi” Widodo at the Presidential Palace, Jakarta, Monday (21/10).

After meeting with the President, Mahfud did not deny that he will join the Cabinet for 2019-2024 term. Nevertheless, he said that the President did not mention specific position offered to him.

“He asked me to become one of his ministers,” Mahfud said adding that President Jokowi and he discussed legal reform, violations of human rights, efforts to tackle radicalism, and political issues.

On that occasion, Mahfud said that President Jokowi informed him that the announcement of new Cabinet will take place on Wednesday (23/10).