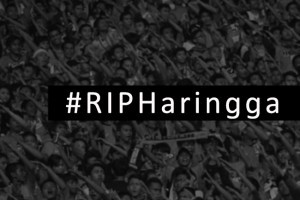 President Joko Jokowi Widodo expressed deep condolences over the death of Haringga Sirla, a Persija Jakarta supporter, at the hands of a group of Persib Bandung supporters before a Persib vs Persija soccer match on Sunday at Gelora Bandung Lautan Api (GBLA) Stadium, Bandung, Sunday (23/9).

In response to this, the President urged football supporters to stop the violence.

The President added he had also instructed Ministry of Youth and Sports, the Indonesian Football Association (PSSI) and football supporters groups to meet to prevent future incidents.

“I have instructed Ministry of Youth and Sports, the PSSI, and supporters groups to sit together. We must have a joint commitment to prevent the same incidents in the future and to find the solutions to the problem,” the President said.

For the record, Haringga, who was a member of Persija supporters group the Jakmania, was beaten to death by dozens of Persib supporters at the parking area of Gelora Bandung Lautan Api (GBLA) Stadium in Bandung. He was laid to rest in a cemetery of Kebulen Village, Jatibarang District, Indramayu, West Java, on Monday (24/9).  (DND/ES) (RI/EP/Naster)