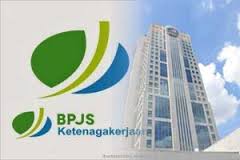 Pesiden Joko Widodo (Jokowi) on Tuesday (30/6) this morning scheduled to inaugurate, the operational of Social Security Body (BPJS) Employment in Cilacap, Central Java. On this occasion, the President will also provide stimulus dues for three months to 5,000 fishermen in the coastal fishing village Teluk Penyu.

President Director of BPJS Employment Elvyn G Masassya said, fishermen chosen because they work in dangerous and risky while working.

According Elvyn, BPJS Employment will bear the risk imposed on fishermen who are already registered in the categories of workers not wage earners.

President is scheduled to deliver 2,500 environmentally friendly fishing gears to the 31 business groups of fishermen to help their daily work and improve productivity.

Elvyn add that the inauguration for full operational of BPJS Employment become historical momentum towards a new era of social security in Indonesia.

This fully operational, further Elvyn, will be officially effective from July 1, 2015, which includes additional programs of BPJS Employment from the previous services there are three namely:

Revitalization of the People’s Market

In a series of visits to Central Java, President Jokowi on Tuesday afternoon also scheduled to launch a revitalization program of Thousand People’s Market in Purwokerto.

The launch of the national program will be marked with the laying of the first stone at the location of revitalization development plan of Manis Pasar, Purwokerto, which is one of the pilot markets for launching of the program.

Head of Public Relations of Banyumas regency, Agus Noorhadie, said, after laying the first stone, the President will conduct a teleconference related to the program with the head of the Denpasar area and in Sulawesi.

Then President Jokowi will symbolically hand over the 10 recipients Permit Card Small Micro. The cards are planned to be held by 60 thousand SMEs for easy access to lending capital to banks.