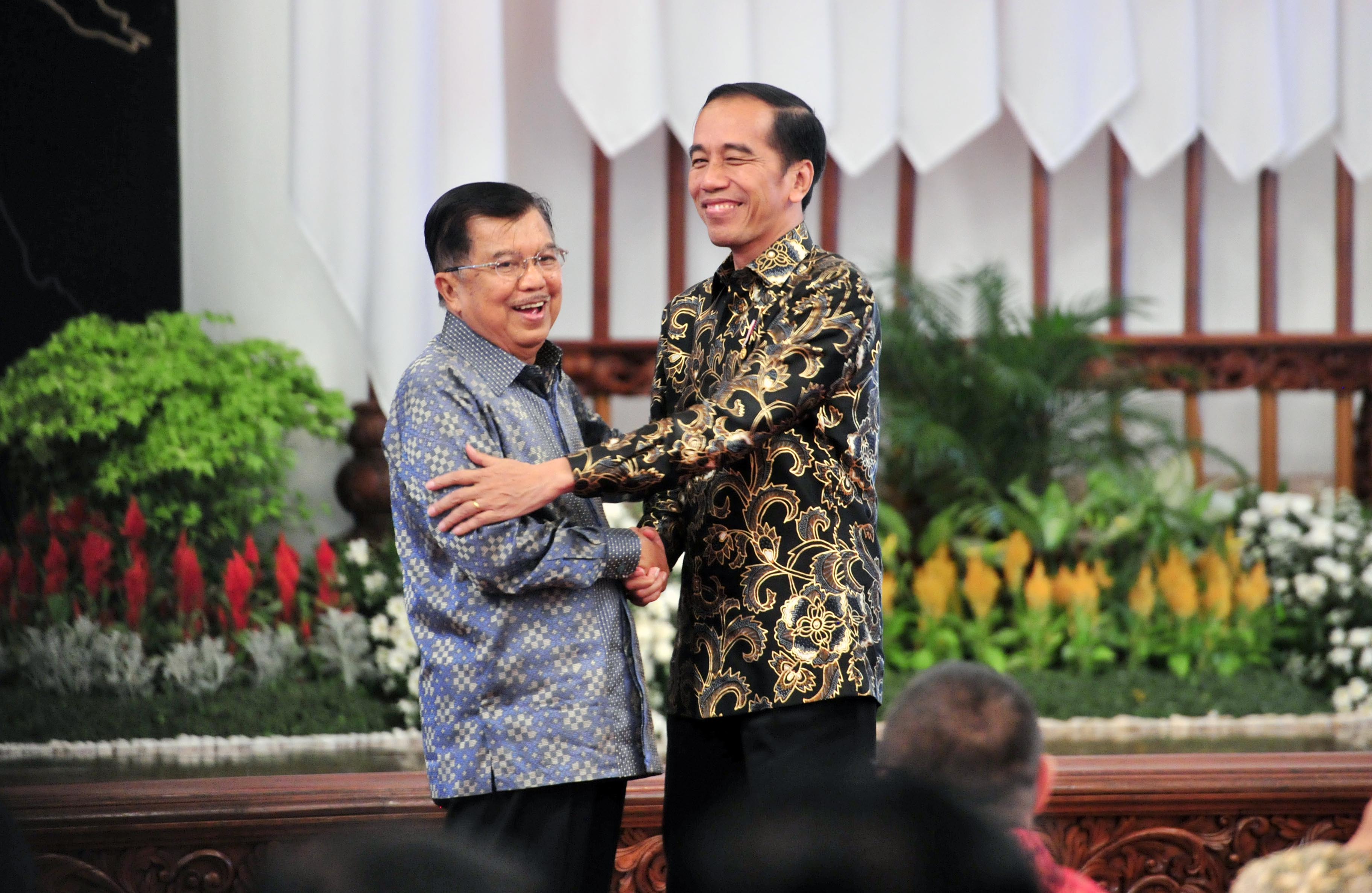 President Jokowi shakes hand with Vice President Jusuf Kalla during an amicable gathering between the President and Working Cabinet Ministers, at the State Palace, Jakarta, Friday (18/10). (Photo by: Jay/PR)8

Vice President Jusuf Kalla said that he has many interesting experiences when accompanying President Joko “Jokowi” Widodo as vice president for 2014-2019 term.

“Everything is interesting, be it the experiences when accompanying the President, the meetings, or the ups and downs, all of them,” Kalla said when attending an amicable gathering between the President, Vice President, and Working Cabinet Ministers, at the State Palace, Jakarta, Friday (18/10).

Therefore, on behalf of the Working Cabinet and Government of 2014-2019 term, VP Kalla thanked the President for his support and guidance so that the Cabinet can run well.

The Vice President also apologized for the imperfection during his tenure. “It is our hope that room for improvement can be filled in the future,” he said adding that he wish for the success of those in the Cabinet who are chosen to work along the President in his second and final term.

On the other hand, Kalla invited those who are not among the next cabinet ministers to support President Jokowi and his Cabinet.

Vice President Jusuf Kalla said that he plans to do more social and education works, and spend more time with his grandchildren after he officially steps down from his role.

He also said that he will stay in Jakarta so there is no need to bid President Jokowi goodbye. (FID/JAY/ES)