The establishment of the BWM demonstrates the Government’s commitment to expanding public financial access through the development and provision of access to capital for the MSME sector and increasing the great potential of Islamic boarding schools in their function of empowering the community. Due to the easily accessible working system, the BWM is expected to propel community growth, especially around the boarding schools.

“The BWM is one of the ecosystems for the development of Islamic finance. The BWM does not stop at providing capital for small communities that find it difficult to access formal financial institutions due to various banking requirements and regulations. The BWM is very simple, there is no need for collateral, no need for a bankable credit system,” the Vice President said.

Furthermore, the Vice President highlighted that the BWM must be managed properly and professionally so that its sustainability can be maintained and its capacity can be developed. He also expressed hope that through the development of a good BWM, the benefits and blessings given to the surrounding community will be even greater.

“The trust given must be maintained. Initial capital must be developed, not just spent,” he said, adding that it is important to maintain the trust and reputation of the boarding school, including the credibility of the regional government.

Second, the BWM digitization ecosystem must continue to be developed so that it can always keep up with the times and current technology.

“I received reports that several efforts have been made. We have a mobile BWM application, online supervision and licensing, access to information via BWM Info, as well as online market access via BWM, MSME, and other e-commerce applications,” the Vice President said.

On the occasion, Wimboh stated that the existence of BWM has helped the economy of small communities surroundingthe boarding school through capital financing of productive business and structured business guiding.

“The OJK fully supports the expansion of Micro Waqf Banks as a form of providing financial access and assistance to MSME players, especially those around Islamic boarding schools,” Wimboh said.

For the record, launched five years ago, currently, there are 62 BWMs in 20 provinces in Indonesia. The BWM has benefited more than 55,000 customers. As of March 22, 2022, the accumulation of financing disbursement has reached Rp87.2 billion. The Pondok Karya Pembangunan Islamic Boarding School Micro Waqf Bank is the first BWM in Jakarta and was formed through a synergy between the Jakarta government and Bank DKI. (BPMI of Presidential Secretariat/JW) (FI/LW) 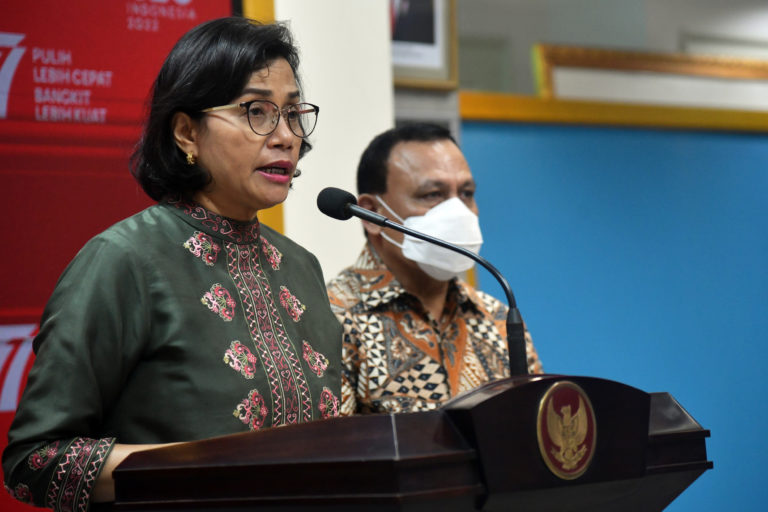