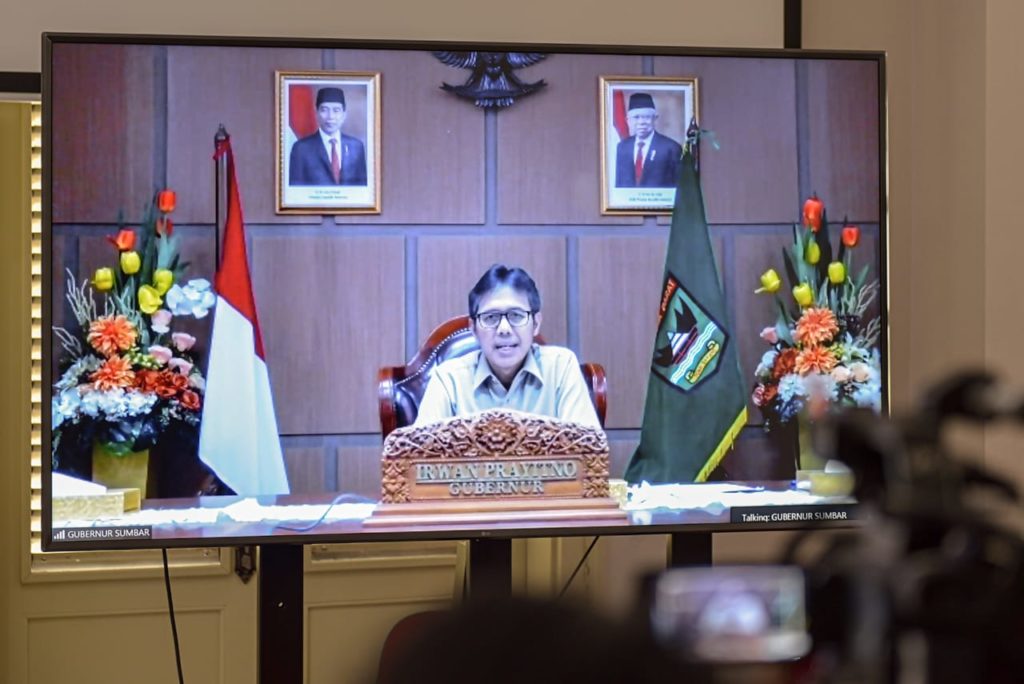 ­The Regional Government of West Sumatra, with the support from regents and mayors have been carrying out COVID-19 test, track, as well as providing isolation, and treatment for the patients in the mitigation of the pandemic, according to Governor of West Sumatra Irwan Prayitno.

“In West Sumatra, there are 299 positive cases of COVID-19. The first 40 of those confirmed cases were classed as ‘imported’. However, there is no more imported case since Large-scale Social Restrictions (PSBB) was imposed in West Sumatra on 22 April,” the Governor said in a press statement on Tuesday (12/5).

The PSBB policy is supported with regulation of the Ministry of Transportation Number 25 of 2020 on mudik (exodus before Eid) ban issued on 24 April 2020 which plays significant role in creating zero imported cases.

According to the Governor, West Sumatra Health Agency and Faculty of Medicine of the Andalas University have not found new cluster since 22 April. Nevertheless, there is indeed local transmission from the clusters that were identified before 22 April.

“However, after the PSBB was imposed on 22 April, the number of Patients under Surveillance (PDP) declined from 14 percent to 4 percent,” he said.

The Province, he added, has obeyed the President’s instructions, among others:

First, conducts early and rapid test at the laboratory of Faculty of Medicine of the Andalas University since 23 March. To date, 9,000 specimens have been tested in the laboratory.

“(The laboratory) can test 758 specimens per day at maximum or an average of 300 specimens per day. The results of test for PDP can come out in 6 hours, and once the PDP is tested positive for the virus, we can immediately conduct COVID-19 tracking,” he explained adding that for People under Monitoring (ODP) and asymptomatic carriers (OTG), the results can come out in 24 hours.

West Sumatra Province, he added, is doing a great job in testing. Not to mention that PCR and RNA extraction machine will be provided by the National Disaster Management Agency (BNPB) that can increase the capacity of testing to 1,500 specimens. By doing so, the Province can help its neighboring provinces in testing.

“We along with the regents and mayors have been conducting massive tracking by taking 50-500 specimens for swab test so we can immediately know those infected by the virus and take controlling measure to break the transmission chain,” Irwan said.

“Those infected by the virus will be isolated in several locations that we have prepared be it in the province, or in cities/regencies. We will carry out the first swab test at their first day in the facilities and the second swab test at their second or third day,” he stated.

If they tested negative for the virus, they can be discharged, while those tested positive will receive treatment.

“The treatment increases percentage of recovered patients. The figure is expected to increase in the next few weeks since many patients with mild cases are receiving good treatment during the isolation,” he added.

For the record, out of 19 cities/regencies in West Sumatra, three of which have zero case of COVID-19, namely Sawahlunto, Sijunjung, and the City of Solok. On the other hand, the number of confirmed cases in Pesisir Selatan, Dharmasraya, Pasaman Barat, Pasaman Timur, and Pariaman declined.

“The City of Padang have broken transmission chain in 8 clusters out of 15-16 clusters. We have taken 1,000 specimens in Pasar Raya and Pegambiran clusters as the mitigation effort. While, the number of new cases in one cluster in Padang Panjang and Tanah Datar is declining,” he said.

Since the PSBB, -which is aimed to prevent people from getting infected as they stay at home-, is imposed, the Regional Province of West Sumatra focuses on increasing the testing and carrying on massive tracking.

Due to massive tracking, we monitor people who have contact with the 299 patients and carry out swab test to them.

“However, we lost trace of people came into contact with those having contact with the 299 patients. Hopefully, it will not develop into transmission level 2. In addition, those tested negative in swab test and recovered from the virus might also infect others in the past (level 3).” he said.

For that reason, in order to break the transmission chain, the Regional Government is tracking transmission level 2 and 3 and they will be subject for PCR test.

Those tested negative with mild case will be quarantined at isolation facility, while those with moderate and severe case will be referred to hospital.

“Hopefully, the curve in West Sumatra can flatten by those actions. In addition, the Faculty of Medicine of the Andalas University also has a method of ‘pool testing’ which will be adopted to decide the lift of PSBB policy. This method requires multistage random sampling and statistical survey. If the samples and statistical survey come negative, we will decide to relax the PSBB,” he stated.

The Governor went on to say that the method have been adopted to several regions in West Sumatra. He expressed hope that it can contribute in the decision-making process of regional head to lift the PSBB policy. (FID/EN)