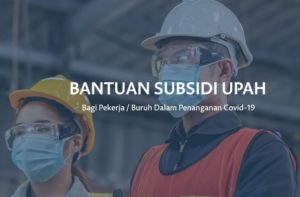 As of Friday (24/09), the Government has distributed Rp4.9 trillion for workers’ wage subsidy to the recipients’ existing state-owned bank accounts or collectively opened bank accounts.

“The total fund that has been distributed as of today 24 September is Rp4,911,200,000,000. [It was distributed to] existing state-owned bank accounts and collectively opened bank accounts,” Director General of Industrial Relations Fostering and Social Insurance of Ministry of Manpower Indah Anggoro Putri said, Friday (24/09).

According to Indah, based on the data from the Workers Social Security Agency (BPJSTK), there were 7,748,630 wage subsidy recipient candidates and after data matching process, the wage subsidy was distributed to 4,911,200 recipients.

Indah also stated that there are several issues in distributing wage subsidy through state-owned bank accounts, such as miscommunication between banks’ headquarters and branch offices that causes slow activation process.

“The second [issue is] banks’ limited resources in activating new accounts collectively,” she said, adding that some fund failed to be distributed to existing accounts although the accounts have been verified and validated by the banks before being determined as recipients of wage subsidy by the proxy of budget user.

“Sixth, the lack of dissemination and coordination between BPJSTK’s headquarters and branch offices as well as [between BPJSTL’s headquarters and] state-owned banks in distributing wage subsidy,” Indah said, adding that all issues evaluated were reported by the public to the Industrial Relations Fostering (PHI) Team through social media and private messaging.

“The PHI Team believes that public complaints must get serious attention to be followed up,” she remarked. (PR of Ministry of Manpower/UN) (DH/EP)