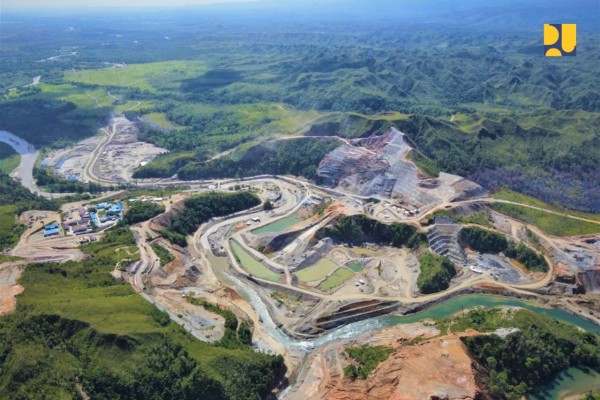 Ministry of Public Works and Public Housing continues to carry out construction of the Way Apu Dam in Buru regency, Maluku province.

The dam, which has a capacity of 50.05 million cubic meters, is targeted for completion in 2024.

“The construction of the dam will be followed by the availability of the irrigation network. Thus, the dam can be utilized immediately as the irrigation for farmers’ fields,” Minister of Public Works and Public Housing Basuki Hadimuljono said as quoted by the Ministry’s website, Wednesday (06/15).

The Minister said that the management of water resources and irrigation would continue in order to support sustainable agricultural production. In addition, the presence of the dam has the potential for raw water, energy, flood control, and tourism which will boost the local economy.

As of today, the progress of Way Apu Dam construction has reached 36.5%. The infrastructure, with an inundated area of ​​235.10 hectares, will become a multifunctional dam for the people of Maluku.

“The Way Apu Dam will provide raw water, irrigation water, as well as flood control and hydropower plant for around 8,750 houses in Maluku,” Head of River Management Office of the Maluku Region Marva Rania Ibnu said.

The dam will benefit the people of Maluku, especially in terms of the availability of irrigation water covering an area of ​​10,000 hectares, the availability of raw water with a flow rate of 0.5 cubic meters per second, the ability to reduce flooding by 557 cubic meters per second, and a power plant of 8 megawatts for approximately 8,750 houses, as well as a new tourism center that will boost the regional economy. (PR of Ministry of Public Works and Public Housing/UN) (RI/LW)