We Close 2018 as a Sovereign Nation Controlling Our Own Natural Resources: President Jokowi 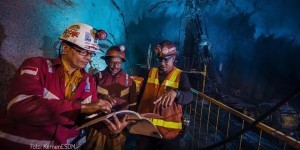 The Indonesian Government has a serious commitment to maintain the countrys sovereignty by controlling its energy and mineral resources, President Joko Jokowi Widodo has said.

Oil and gas resources areas in Kalimantan, known as the Mahakam Block, were previously controlled by foreign contractors from France (Total E & P Indonesie) and Japan (Inpex Corporation) for 50 years, but since 1 January 2018, the block has been fully managed by state energy holding company Pertamina, President Jokowi said through his Facebook fanpage on Monday (31/12).

In the meantime, the Rokan Block in Riau for 50 years was managed by an American companyChevron, but at the end of its contract period in 2021, this block will be fully managed by Pertamina. Several other oil and gas blocks will follow suit, the President added.

The biggest challenge came from mining company Freeport in Papua. After a long negotiation for 3.5 years, the Government finally becomes the majority owner of PT Freeport Indonesias shares and increased its share ownership from 9.36 percent to 51.23 percent through a US$3.85 billion deal, the President said

We close year 2018 as a sovereign nation controlling its own natural resources, President Jokowi concluded. (EN)