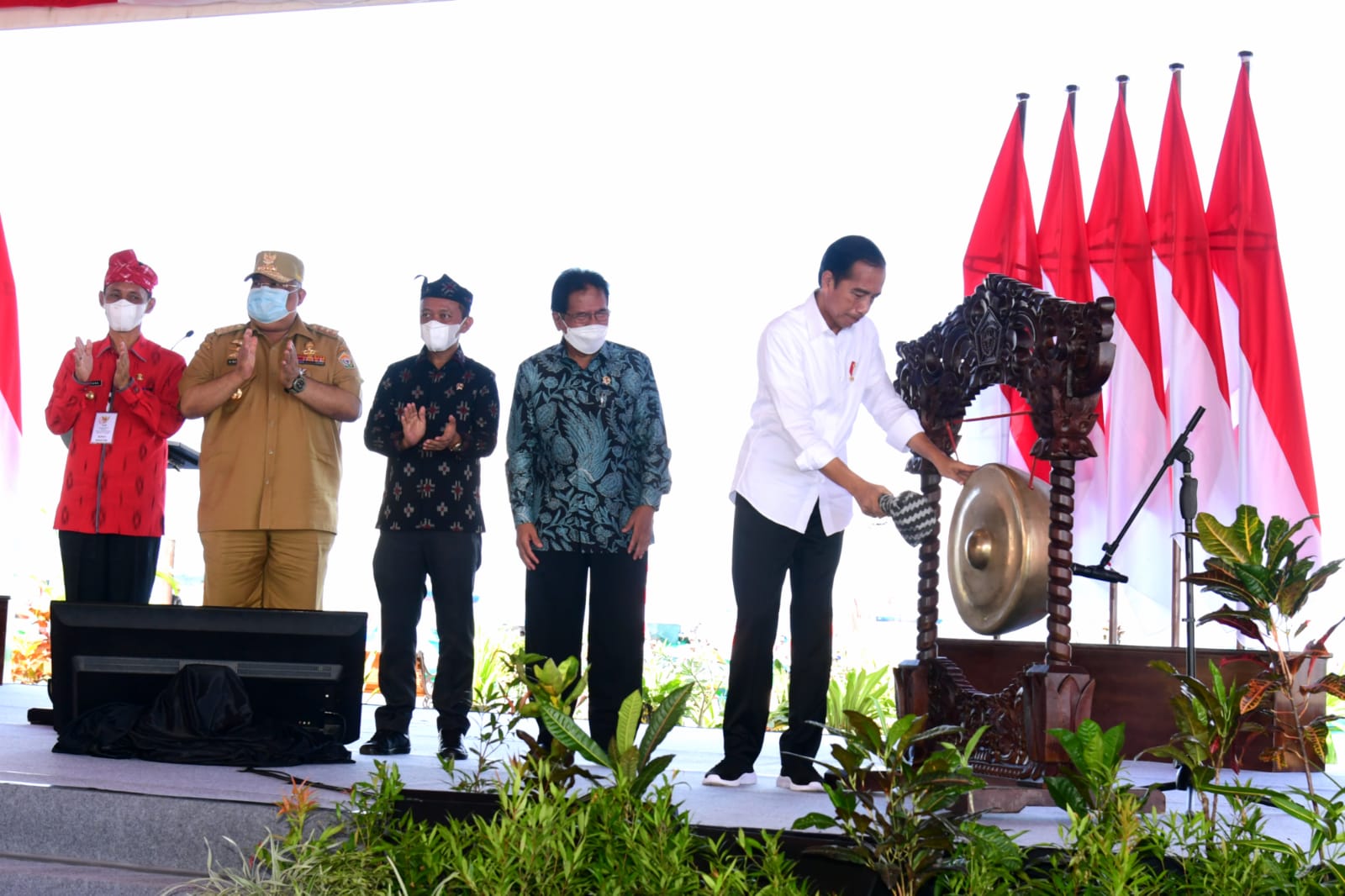 President Joko “Jokowi” Widodo Thursday (06/09) ordered both the Central Government and regional governments to be open, to remain in synergy, and to break the silos in resolving problems the people are facing, including matters related to land dispute.

“I will not tolerate any state losses, people’s losses caused by silos. It’s enough. We must stop them. Problems are caused by them. Thus, we must open,” President Jokowi said during the inauguration of  the 2022 Summit of the Agrarian Reform Task Force (GTRA Summit) at Marina Togo Mowondu in Wakatobi regency, Southeast Sulawesi province.

The Head of State also underscored that silos remain obstacles in resolving state issues; hence, he said that integration, collaboration among ministries/agencies are important.

On that occasion, President Jokowi also pointed out that land disputes must be immediately resolved given it is not a trivial problem and can impact social life and people’s economic condition.

Through the GTRA, the President said, ministries/agencies as well as regional governments are expected to remain in synergy and to come together in resolving land disputes.

“I truly appreciate the summit. We hope the Agrarian Reform Task Force will be able to immediately integrate all ministries, agencies, and regional governments so they can join forces with a shared vision in resolving land disputes in our country,” he remarked. (BPMI of Presidential Secretariat/UN) (AP/EP)