We Must Ensure Legal Certainty to Boost Investment: President Jokowi 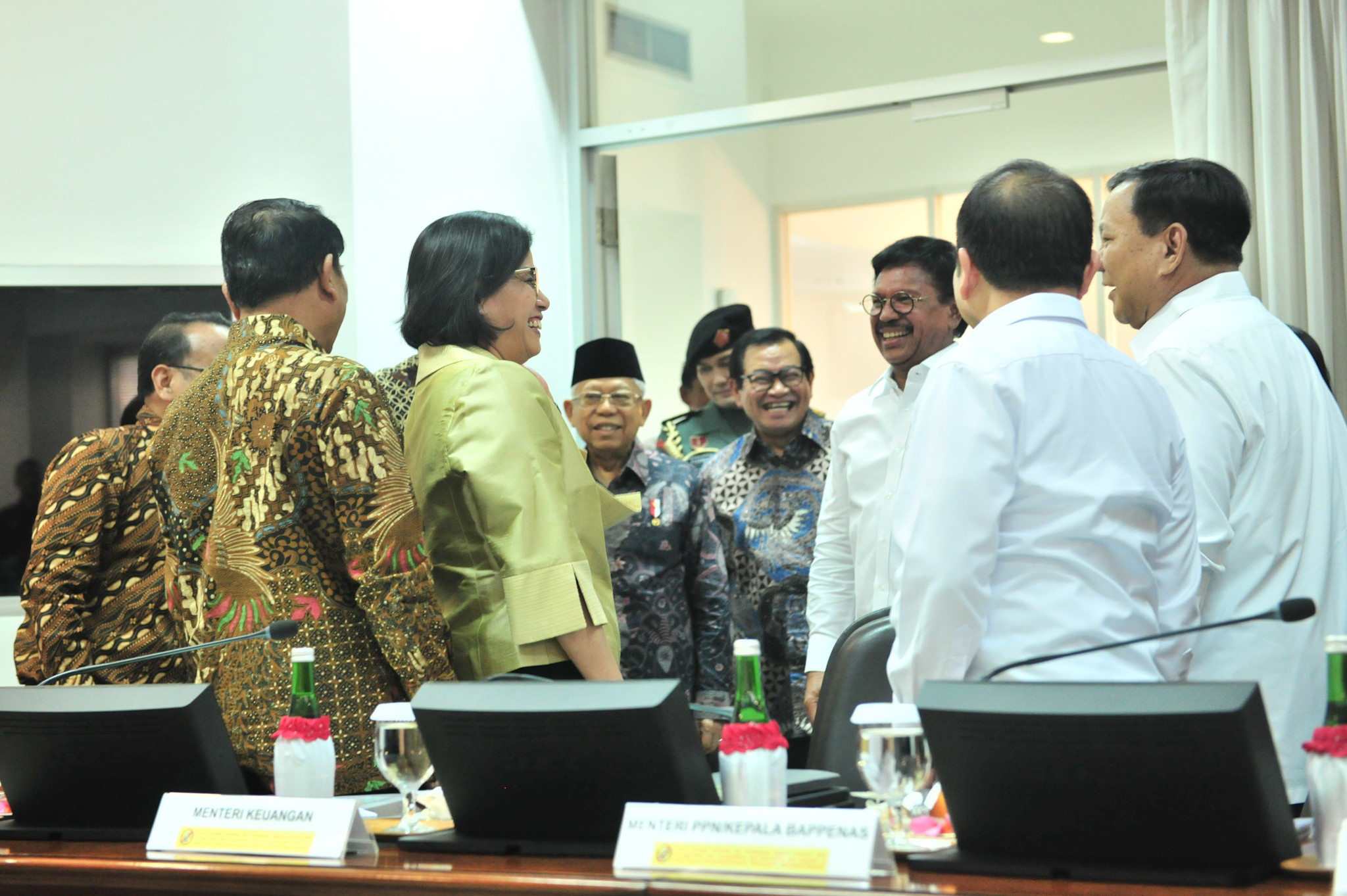 Vice President Ma’ruf Amin and a number of Ministers of the Indonesia Onward Cabinet attend a limited meeting, at the Presidential Office, Jakarta, Thursday (31/10). (Photo by: Jay/PR)

President Joko “Jokowi” Widodo on Thursday (31/10) said that many government programs have been constrained by legal issues.

The President made the statement in his introductory remarks in a limited meeting on Political, Legal, and Security affairs, at the Presidential Office, Jakarta.

“Legal uncertainties have resulted in investment issues so investors cannot realize their investment,”said the President, adding that business players and investors in the country, including state-owned enterprises (SOEs), expressed concerns over law enforcement agencies.

To that end, the President requested to put an end to any acts that can prevent investors from investing in the country.

According to the President, many were not happy with the construction of oil refineries; however, the President reminded that it is of particular importance so the country’s trade balance and current account balance can be improved.

“Do not let the mafia hinder our legal apparatus so our programs will keep running,” said the President while stressing that many government officials, SOEs, private sectors that had innovated in carrying out strategic programs became fall victims.

The President reminded that legal instruments and law enforcers must support the Government’s strategic programs in addressing problems the country is facing, encourage business players, SOEs, and bureaucracy to innovate.

“Should irregularities are found, please take a serious action,” said the President.

Previously, President Jokowi expressed his desire to devise better legal reforms, a law that guarantees service to the community, a law for welfare, and a law for development.

The President reiterated that he had to resolve several issues in the economy both current account deficit problem and trade balance deficit as a result of too many regulations.

“Regarding construction of refinery, I have ordered Coordinating Minister to guard the issue as well as the implementation of mandatory proportion of diesel blended with crude palm oil (CPO) of 30 percent (B30), 50 percent (B50) and later 100 percent (B100),” said the President.

In defense sector, we must really utilize spending to primarily spur industrialization of strategic industries in the country and to meet the target of minimum essential force, the President added.

“We should not import everything but the existing budget must be utilized for the development of strategic industries from the upstream to the downstream. Cooperation with SOEs and private sector continue to be carried out and we even want to export our products,” said the President.(HIM/JAY/ES)