We Will Continue Works of Previous Cabinet, President Jokowi Says 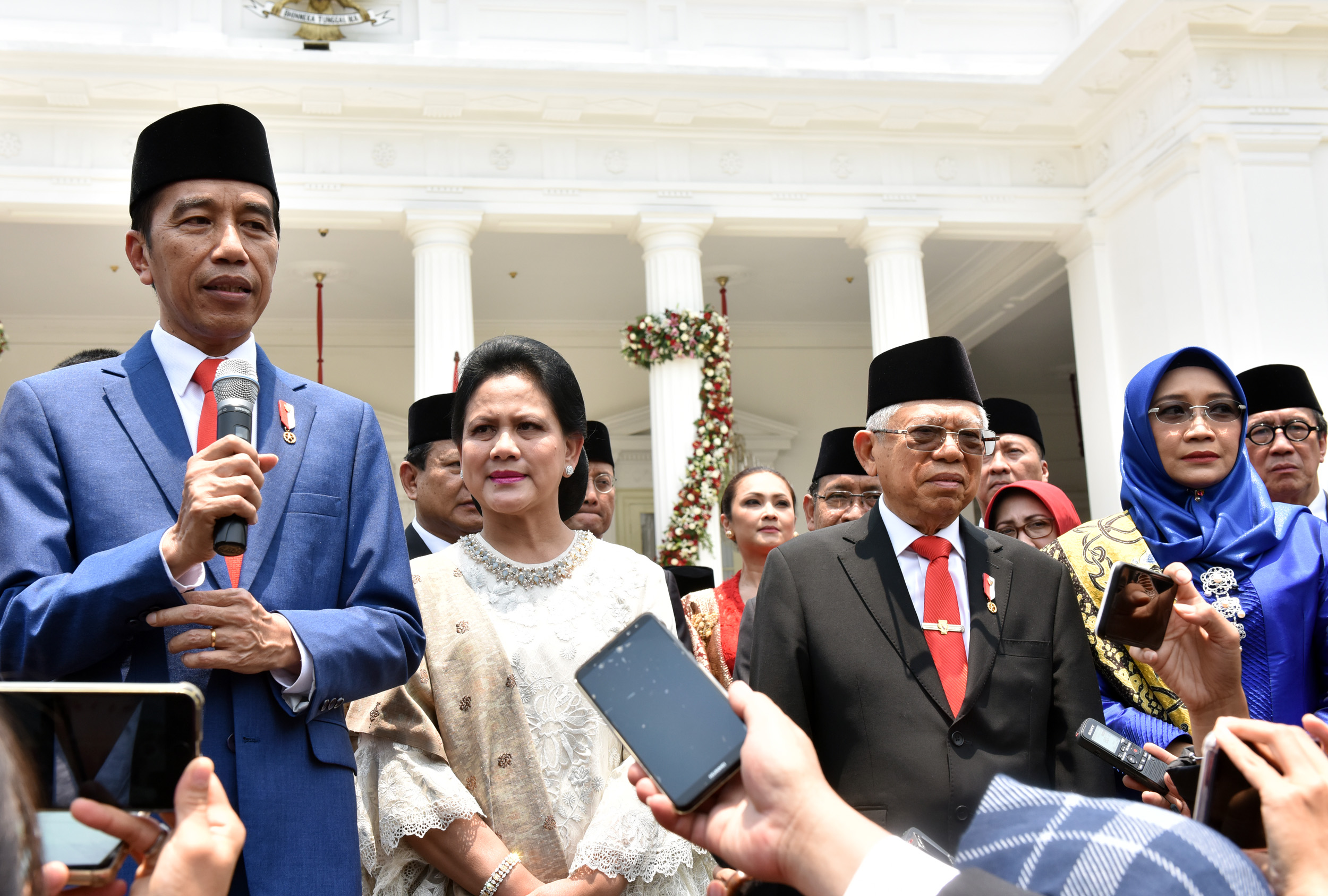 President Joko ‘Jokowi’ Widodo has announced that he does not set a target in the first 100 days of the Indonesian Onward Cabinet.

According to the President, the Cabinet will continue the works of previous one.

“The first thing is that we want to catch up is on the trade balance deficit, the current account deficit, and to create employment. We will do this by attracting as much investment as possible,” President Jokowi said at the State Palace, Wednesday (23/10).

President Jokowi added he had raised and discussed the issues with his ministers when they met one by one yesterday. Specifically, bureaucratic reforms must be carried out in a concrete manner such as by cutting red tape, he added.

Furthermore, the Government’s top priority in the next five years, the President added, is to develop human capital; thus, the ministers must work in synergy concerning human capital development so as to create better competitiveness.

“Lastly, we must use the State Budget efficiently,” the President added.

President Jokowi went on to say that he would revise laws and regulations that hinder investments as he pledged in his Presidential Inauguration remarks on Sunday (20/10). “As many as 74 laws will be revised through the Omnibus Law,” the President said.

Moreover, the President said he objection with the dual positions held by a number of ministers who have just been installed. “The most important thing is they are able to manage their time,” President Jokowi said. (FID/RAH/ES)