West Java Pilgrims Will Depart from Kertajati Airport This Year 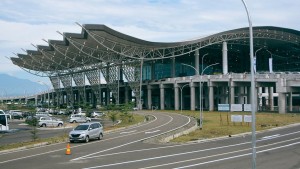 Hajj and Umrah pilgrims from eastern part of West Java will depart from Kertajati Airport, Majalengka, West Java, this year.

The pilgrims who will depart from Kertajati Airport are from these following cities of eastern West Java: Majalengka, Subang, Indramayu, Cirebon, Tasikmalaya, and Ciamis.

The Minister stated that about 400 flights will depart and land in Kertajati Airport this year. The Hajj and Umrah quotas in the eastern West Java are respectively around 4,000 and 500,000 pilgrims. The Kertajati Umrah flight will begin after Eid al-Fitr with the same flight fare as Jeddah-Soekarno-Hatta route.

In the meantime, Minister of Religious Affairs Lukman Hakim Saifuddin said that the cooperation with West Java Provincial Government is needed for the availability of accommodation services that can function like a Hajj dormitory.

“Those places are needed because currently, there is no Hajj dormitory around Kertajati Airport. West Java Governance is expected to prepare places that serve those functions, as soon as possible,” Minister of Religious Affairs said.

“Both Garuda and Saudia Airlines are also expected to be willing to carry West Java pilgrims from Kertajati Airport to Saudi Arabia,” Lukman Hakim said.

“In the near future, we will discuss the matter with Saudi Arabia’s GACA  (General Authority of Civil Aviation) regarding the Hajj flights from Kertajati Airport to Saudi Arabia,” he said.

The Minister reported the decision to the Ambassador of Saudi Arabia to Indonesia Esam A. Abid Althagafi, at the Office of the Ministry of Religious Affairs, Jakarta, Friday (10/5).

“We ask for support (of the Saudi Arabia Government) to grant landing permits at Medina and Jeddah airports. This is because (the flights) will be outside of the 13 existing embarkations,” he said.

Responding to the matter,  Esam A. Abid Althagafi promised to communicate with Saudi Arabia’s GACA. “We will communicate Indonesia’s plan to open the 14th embarkation in this 1440 Hijri session,” Esam said. (Minister of Transportation PR/Minister of Religious Affairs PR/ES)