Will be Held in 4 Provinces, President Jokowi Direct Leads the Organizing Committee of the Asian Games 2018 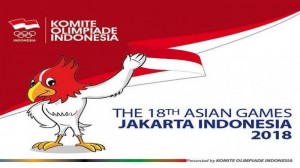 In the ranks of the organizer, Chairman of Sports Committee of Indonesia was asked as chairman; accompanied by Deputy Chairman: Secretary of the Ministry of Youth and Sports; Secretary: The Secretary General of the Sports Committee of Indonesia; Members: a. Deputy of Sport Achievement Improvement, Kemenpora; b. Gita Irawan Wirjawan; c. Erwin Aksa; d. Sandiaga S. Uno; e. Richard Sam Bera; and f. Taufik Hidayat.

“Executive Committee as referred to, has the authority to accept, use, and manage finances that sourced from the sponsorship, labeling sports, tickets, and other sources constituted under the provisions of the legislation,” reads Article 5 Paragraph (2) of Presidential Decree No. 12 of 2015.

This decree also confirms, the Executive Committee report on financial management accountability to the Chief Organizer. The Chairman Responsible Person, submit reports on the implementation of tasks to the President periodically and/or at any time if necessary.

“Chairman Responsible Person conveying the Accountability Report of the implementation of tasks to the President not later than December 31, 2018,” reads Article 9 of Presidential Decree No. 12/2015.