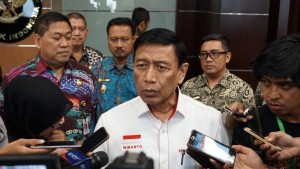 The Government is considering to build prisons in the country’s remote islands to prevent convicts from giving negative influence on the surrounding communities.

In response to this, Coordinating Minister for Political, Legal, and Security Affairs Wiranto said that he completely agrees with the idea, adding that he will coordinate with Minister of Law and Human Rights regarding the matter.

“I will coordinate with the Minister to discuss the pros and cons of the idea and to seek solution for relocating (jails) from the cities,” Wiranto said in Jakarta, Tuesday (25/6).

According to him, Indonesian jails have been overcrowded for years, meaning that petty criminals like chicken thieves are lodged together with drug traffickers, corruptors, and terrorists.

“Most prisons in Indonesia are overcapacity so petty criminals like chicken thieves are lodged together with drug traffickers, corruptors, and terrorists. This is unacceptable because there are risks of exchanging their expertise between them,” he said.

Wiranto further said that Indonesia can use some of of its 6,000 uninhabited islands to relocate overcrowded jails.

“This is a very important issue because most of our jails are located in the middle of cities which make the inmates easier to engage in nefarious activities; thus, the Government will make effort to resolve the issue,” Wiranto said. (PR of Coordinating Ministry for Political, Legal, and Security Affairs/ES)