Within Period of 5 Years, Government Will Build 42,000 MW Power Plant 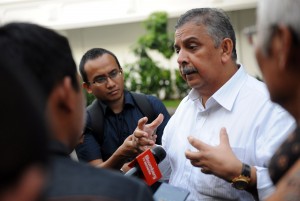 The Administration of President Joko Widodo (Jokowi) and Vice President Jusuf Kalla (JK) affirming a commitment to build approximately 42,000 megawatts (MW), equivalent to 42 gigawatts of electricity generation infrastructure throughout the country, within the next 5 years (2015-2019) . This commitment edified in a limited meeting chaired by the President Jokowi, in the office of President, Jakarta, Tuesday (17/3) afternoon.

Managing Director (CEO) PT (Persero) State Electricity Company (PLN) Sofyan Bashir explains, from the figure of 42,000 MW which is implemented by PLN itself approximately 14,000 MW, and by the private sector of IPP amounted to 28,000 MW.

Regarding the investment the number of, the former Managing Director of Bank BRI mentioned investment needs for the next 5 years, amounting to Rp 608 trillion to PLN, and by private approximately Rp 580 trillion. The total investment of PLN infrastructure for the future is approximately around Rp 1,100 trillion.

“By December this year, hopefully we will be able to carry out a contract of approximately 10,000 MW, meaning, of course investment invested so immense,” Sofyan said.

Regarding the President’s message, according to Sofyan Bashir, the President reminded that the local content issues to be considered.

“The amount represents a new development in addition to the FTP I, being to be carried to completion in the end of this year more or less around 7,000 Megawatts. So the total is 42,000 MW,” Sofyan said.